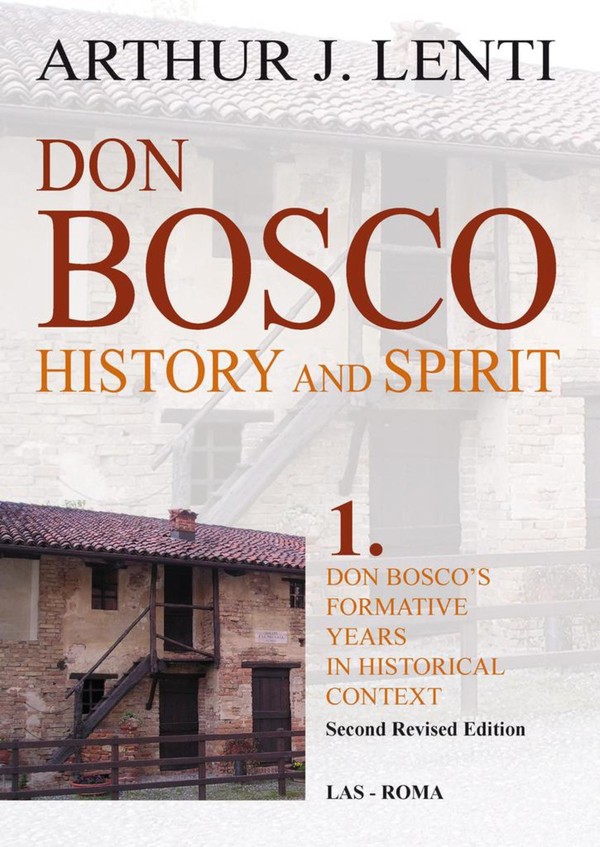 I call this survey, Don Bosco, History and Spirit—“History,” because Don Bosco’s life and work were played out in the context of the fateful events that created a new religious and political world, and thereby also shaped his thinking and action; “Spirit,” because through discernment, interpretation and acceptance he discovered the meaning of this new world and courageously responded to its challenges: his vocation. These chapters were born, so to speak, in the classroom. For the present purpose the material had to undergo considerable revision and re-writing for greater readability, and a number of chapters had to be expanded with Appendices. This series consists of seven volumes. The first three volumes survey the life and times of John Melchior Bosco (“Don Bosco,” 1815-1888) up to 1864, with particular attention to nineteenth-century political, social and religious history. This survey looks at Don Bosco’s own education, at his spiritual and theological formation leading to his priestly ordination (1841). It discusses his vocational choices and his work on behalf of poor young people at risk, as well as his subsequent expanded apostolic commitments, especially in the field of education. It examines the growth of the work, and the founding and initial development of the Society of St. Francis de Sales created to continue that work, in the context of the liberal revolution and the unification of Italy (1848-1861). The next four volumes describes Don Bosco’s life and work in the period following the unification of Italy, a period marked by epochal changes in Italian society. In this setting Don Bosco, History and Spirit discusses the institutional developments and organization of the Salesian Society through the stages of the approval of the institute and of the constitutions by the Holy See. It describes Don Bosco’s further ministerial choices, especially in the field of education, and his further founding work. It surveys the expansion of the Salesian work to parts of Italy and to European and South American countries. At the same time it examines the development of permanent structures to guarantee the continuance of the Salesian work, and discusses some of the founder’s insights and ideas, especially as they emerge from the reflective writings of his maturity.