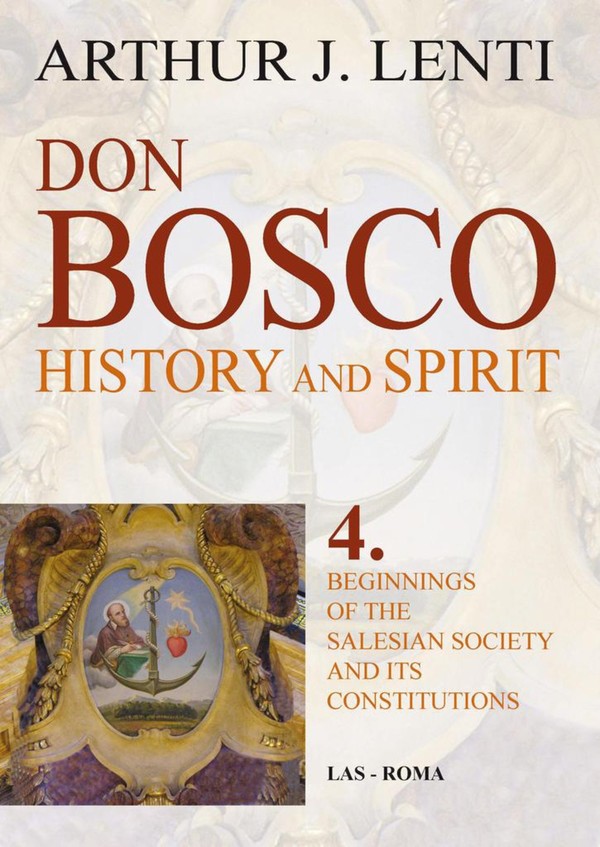 This fourth volume of the series Don Bosco: History and Spirit, focuses on the early Salesian constitutions as presented by Don Bosco for approval (1860-1874)–in the times of the Turin Archbishops–of Luigi Fransoni (in exile) and ensuing four-year vacancy, of Alessandro Riccardi di Netro (1867-1870) and of Lorenzo Gastaldi (1872-1874). In introductory Chapters 1 and 2, the process of approval is set in the context of the historic events of the unification of Italy by the taking of Rome and the dispossession of the pope, at the time of the of the First Vatican Council and of the Franco-Prussian war. Out of these painful experiences, Don Bosco “prophetically” decries the hubris of the perpetrators of such injustices (France and Italy) and envisions God’s terrible chastisements in prophecies and letters of 1870-1873. The constitutions are discussed from a double point of view: first, under the aspect of the historical process of approval and of the principles that brought Don Bosco in confrontation with his Archbishops and the Roman authorities (Chs. 3-6); secondly, under the aspect of the novel religious outlook, profound insights and spirituality that Don Bosco sought to embody in the constitutions (Chs. 7-10). To highlight this second aspect, selected articles from selected chapters are chosen for discussion. The series Don Bosco, History and Spirit consists of seven volumes. The first three volumes survey the life and times of John Melchior Bosco (“Don Bosco,” 1815-1888) up to 1864, with particular attention to nineteenth-century political, social and religious history. This survey looks at Don Bosco’s own education, at his spiritual and theological formation. It examines the growth of the work, and the founding and initial development of the Society of St. Francis de Sales, in the context of the liberal revolution and the unification of Italy (1848-1861). This and the next three volumes describe Don Bosco’s life and work in the period following the unification of Italy. In this setting Don Bosco, History and Spirit discusses the institutional developments and organization of the Salesian Society. It describes Don Bosco’s further ministerial choices, and surveys the expansion of the Salesian work. At the same time it examines the development of permanent structures to guarantee the continuance of the Salesian work, and discusses some of the founder’s insights and ideas, especially as they emerge from the reflective writings of his maturity.