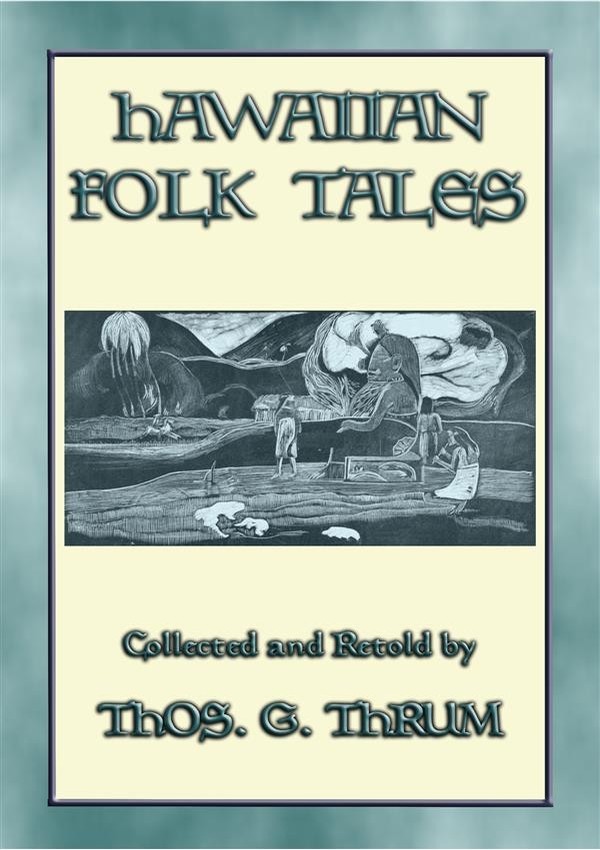 Herein you will find 34 folk and fairy tales from the Hawaiian Islands. Of special note is the section on the MENEHUNES, or fairy folk, of Hawaii. Unsurprisingly the islands are often referred to as the Home of the Brownies. You will also find the tales of AI KANAKA; A LEGEND OF MOLOKAI, MAUI SNARING THE SUN, THE LOCATION OF THE LUA O MILU, KALELEALUAKA, LAKA'S ADVENTURE, KEKUPUA'S CANOE, THE BATTLE OF THE OWLS and many, many more.

If you have interest in the native Hawaiian people, and indeed the Polynesian race as a whole, then you will do well to include this book in your library. However, if you are seeking märchen, different to the usual European diet of princes on white stallions dashing in to save a beautiful princess, then this volume is bound to keep you captivated for hours as well.

This book was created in response to repeated requests from the public. The compiler, Thomas. G. Thrum, therefore presented in book form the series of legends that have were made a feature of "The Hawaiian Annual", originally published as early as 1875 and through to the 1970’s. The series has been enriched by the addition of several tales, the famous shark legend having been furnished for this purpose from the papers of the Hawaiian Historical Society.

In similar vein Abela Publishing has also published “The Legends of Maui” a book containing the 15 legends of Maui’s exploits and adventures, under ISBN: 9781907256950.

A second volume of Polynesian folklore is Polynesian Mythology Ancient Traditional History Of The New Zealanders (phew!) has been published under ISBN: 9781907256318 and has a shorter sub-title of Maori Folklore. The book contains 23 Maori myths and legends collected by Sir George Grey and published in 1945. Sir George Grey was twice appointed Governor General of New Zealand firstly from 1845 to 1853, and again from 1861 to 1868. He was later elected Prime Minister. So accurate was Sir George’s  translations of Maori folklore that he was able to use the precedents in the folklore of this volume to settle disputes amongst the Maori.

33% of the net profit from the sale of this book will be donated to charities.