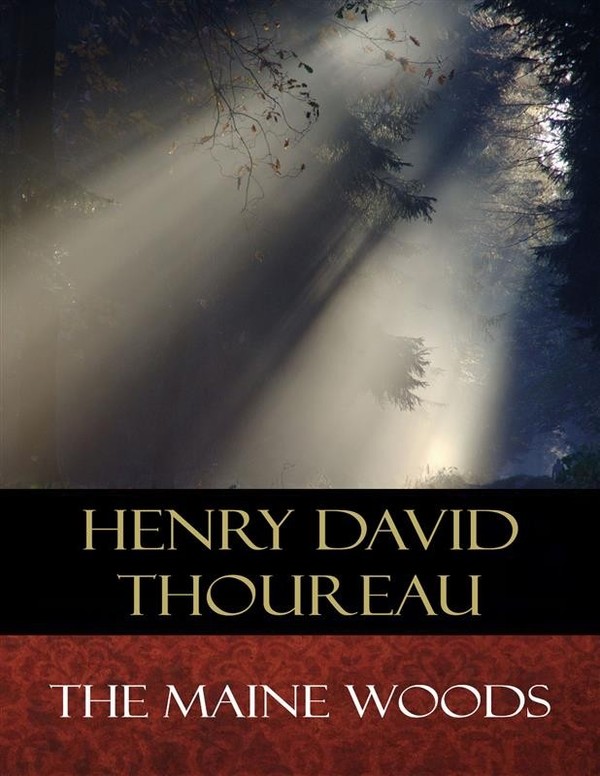 The Maine Woods is classic Thoreau: a personal story of exterior and interior discoveries in a natural setting–all conveyed in taut, masterly prose. Thoreau’s evocative renderings of the life of the primitive forest–its mountains, waterways, fauna, flora, and inhabitants–are timeless and valuable on their own. But his impassioned protest against the despoilment of nature in the name of commerce and sport, which even by the 1850s threatened to deprive Americans of the “tonic of wildness,” makes The Maine Woods an especially vital book for our own time.

The Maine Woods was written as three essays. If he had lived longer, Thoreau might have revised them into a more cohesive whole, but he never had the time to do this. The book describes trips over an eleven year period, and Thoreau's work on these essays spanned 15 years.

"One of the most coniferous-pungent books in the English language, a book which a century later remains one of the the best written on the woods of Maine." - Mary P. Sherwood

"An effective bosky and moosey picture of the deepest wilderness Thoreau was ever to explore. If Cape Cod tastes of salt, The Maine Woods smells of hemlock and balsam." - Walter Harding

Henry David Thoreau (1817–1862) was an American essayist, poet, philosopher, abolitionist, naturalist, tax resister, development critic, surveyor, and historian. A leading transcendentalist, Thoreau is best known for his book Walden, a reflection upon simple living in natural surroundings, and his essay "Civil Disobedience" (originally published as "Resistance to Civil Government"), an argument for disobedience to an unjust state.