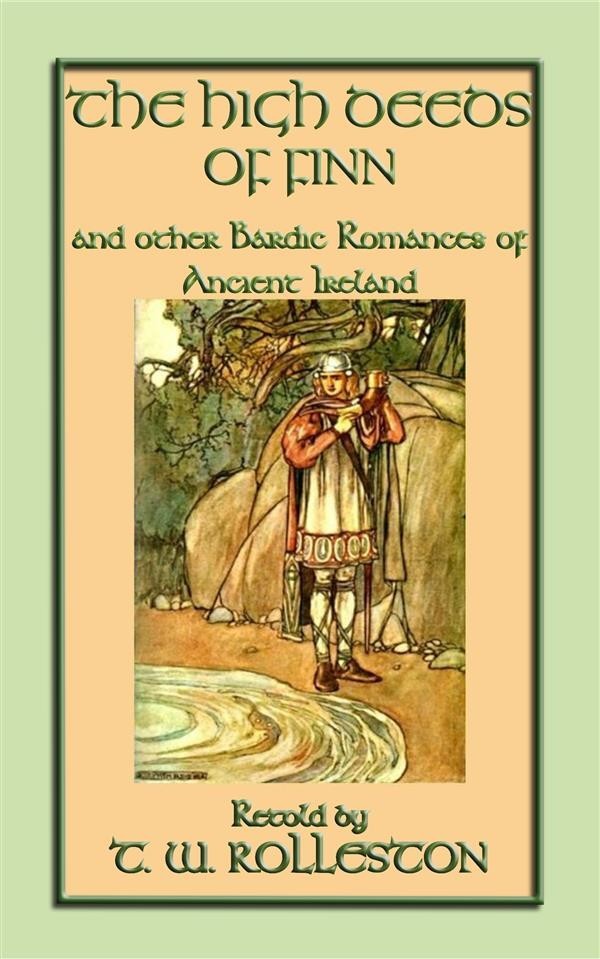 Herein you will find 20 tales, from the Emerald Isle. There are seven bardic romances like, The Children of Lir, The Secret Of Labra, The Vengeance Of Mesgedra and five more besides. Also contained herein are thirteen legends, each a tale in itself, tracing the life of Finn mac Cumhal from boyhood through adulthood including the The Birth Of Oisín and his Visit To The Land Of Youth only to return to find that his father, Finn, had fallen at the battle of Brea three hundred years before. Lastly, The History Of King Cormac is recounted from the time of his birth, his judgement, marriage, disappearance and his death.

The 16 Georgian style, color plates by Stephen Reid (1873 – 1948) portray scenes from these tales and are exquisite and sumptuous in their color and detail.

The two most conspicuous figures in ancient Irish legend are Cuchulain, who lived in the reign of Conor mac Nessa immediately before the Christian era, and Finn son of Cumhal, who appears in literature as the captain of a military order devoted to the service of the High King of Ireland during the 3rd century. As such, this volume is mainly concerned with the exploits of Fin mac Cumhal and the Fianna of Erinn.
The romantic tales retold here belong neither to the category of folk-lore nor of myth, although most contain elements of both. They belong to the bardic literature of ancient Ireland, a literature written with an artistic purpose by men who possessed in the highest degree the native culture of their land and time.

Once again, you’re invited to curl up with a unique piece of ancient Irish folklore and let the Gift of the Irish enchant and captivate you. This volume has not been seen in print for over one hundred years—don’t miss this golden opportunity.