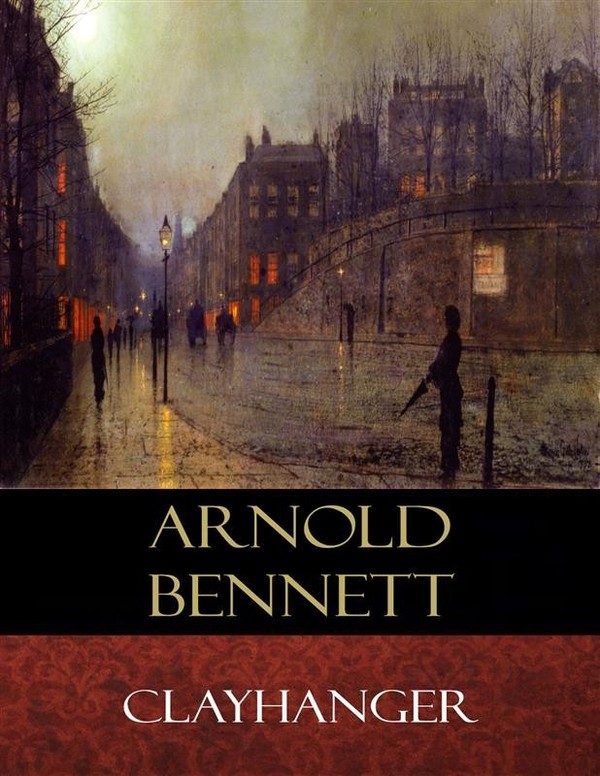 Enoch Arnold Bennett (always known as Arnold Bennett) was one of the most remarkable literary figures of his time, a product of the English Potteries that he made famous as the Five Towns. Yet he could hardly wait to escape his home town, and he did so by the sheer force of his ambition to succeed as an author.

In his time he turned his hand to every kind of writing, but he will be remembered for such novels as The Old Wives' Tale, the Clayhanger trilogy (Clayhanger, Hilda Lessways, and These Twain), and The Card.

This edition focus on the first and best-known book volume Clayhanger.

Set in the late 19th century in a drab potters’ town in the industrial Midlands, Clayhanger begins the story of Edwin Clayhanger as he is attempting to wrest control of his life from his tyrannical and pragmatic father. Repressed and shy, he falls in love with Hilda Lessways, a forthright young woman who, despite her attraction to Edwin, marries another man. After many years he finds her living a broken, destitute life, her husband imprisoned for bigamy and her child thus considered illegitimate. In spite of all, Clayhanger still loves Hilda.

Arnold Bennett (1867-1931) is a novelist whose works include Anna of the Five Towns, The Old Wives' Tale, and the Clayhanger series. He received the James Tait Black Award for his novel Riceyman Steps in 1923.