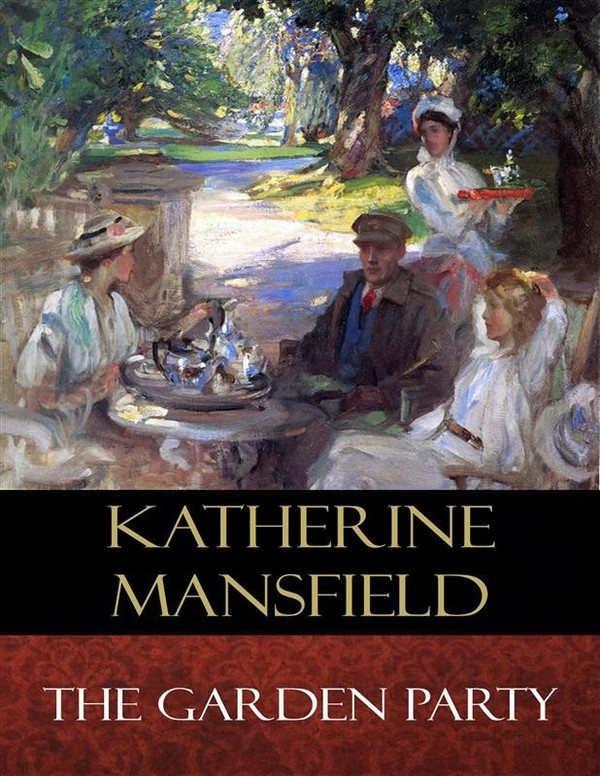 "Miss mansfield's stories are the life reflected in a round mirror. Everything is exquisitely bright, exquisitely distiner, and just a little queer."

"Miss Mansfield has the genius that can make is short story out of nothing."

These two phrases used by the Nation and the Evening Standard, are representative of the critical praise that greeted Katherine Mansfield's first book of stories publisehd in 1920. The tales that went to the making of Bliss and other stories were everywhere acclaimed as literary art of the high order. The Garden Party have the same bitter-sweet qualities as had their predecessors, with the additional fullness and stature given by their author's more perfect control of her medium.

Published in 1922, The Garden Party and Other Stories was Katherine Mansfield’s third collection of short stories and the last to be published before her death in 1923. Mansfield contracted pulmonary tuberculosis whilst in France in 1918, which equated to a death sentence according to the medicine of the period. She channelled the devastation and anguish of this diagnosis into her work, and wrote urgently, prolifically and to great acclaim in the final five years of her life. The year she wrote the stories in Garden Party (1920–21) was the most fruitful period of her short writing career.

The collection is infused with a sense of the ineffable, as Mansfield probed below the surface and beyond appearances. Many of the stories’ episodes, characters and settings are, in part, autobiographical, particularly those set in New Zealand, Mansfield’s home country. ‘The Garden Party’ – one of Mansfield’s best-known works – is set in Mansfield’s childhood home in Tinakori Road, and explores a death that happened on nearby Saunders Road, the day her family had a garden party.