MAORI FOLKLORE or THE ANCIENT TRADITIONAL HISTORY OF THE NEW ZEALANDERS 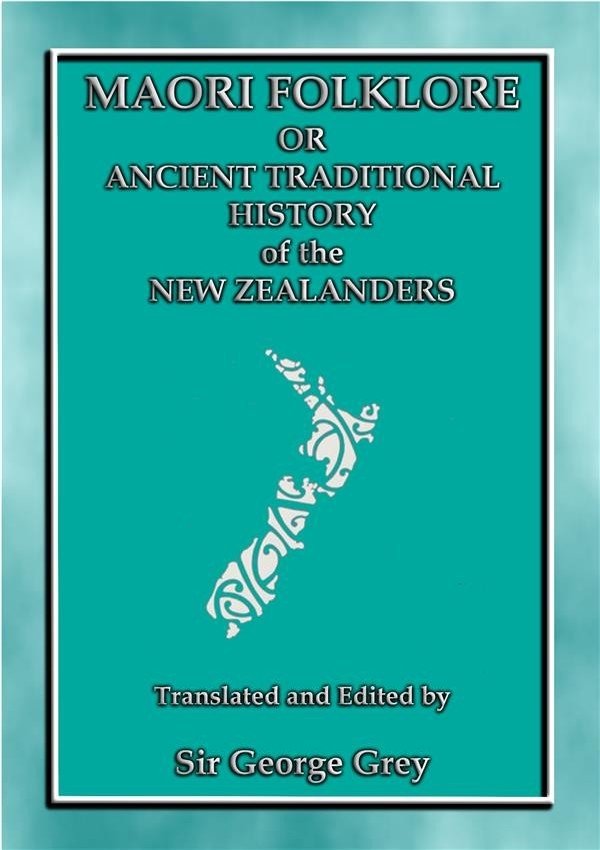 MAORI FOLKLORE or THE ANCIENT TRADITIONAL HISTORY OF THE NEW ZEALANDERS

Herein you will find 23 Maori Myths and Legends collated and translated by Sir George Grey, Governor of New Zealand from November 1845 – January 1854 and again from December 1861 – February 1868. You will find legends and stories like The Children Of Heaven And Earth, The Legend Of Maui, The Legend Of Tawhaki, Rupe's Ascent Into Heaven, Kae's Theft Of The Whale and many, many other Polynesian myths.

TOWARDS the close of 1845 Sir George Grey, while Governor of South Australia, was unexpectedly requested to administer the affairs of New Zealand. On arrival he found the Maori tribes engaged in hostilities with the Queen's (Victoria) troops, against whom they had contended with considerable success.

He quickly realised he could neither successfully govern, nor hope to conciliate, with a people whose language, manners, customs and religion he was quite unacquainted. He decided that he should be acquainted with the language of the New Zealanders in order to redress their grievances. With no published Maori dictionary, nor books to study its construction, he found this to be a most difficult task.
To his surprise he found that the Maori chiefs, in their speeches or in their letters, frequently quoted fragments of ancient poems or proverbs, or made allusions which rested on an ancient system of mythology. This gave him further impetus to learn the language of the country. For more than eight years he devoted a great part of his available time to collecting these ancient myths, poems and legends, working in his spare moments in every part of the country. Once, when he had amassed a large amount of materials to aid him in his studies, the Government House was destroyed by fire, and with it were burnt the materials he had so painstakingly collected, and thus he was left to recommence his difficult task.

The ultimate result, however, was the collection of a large mass of materials. He felt unwilling that the result of his labours should be lost to those whose duty it may be thereafter to deal with the natives of New Zealand; and he undertook to published his extensive collection of ancient traditional poems, religious chants and songs of the Maori race. It is in this volume that Sir George Grey first presented “to the European reader” in 1854 the first written record and translation of the principal portions of ancient Maori mythology and of some of their most interesting legends.