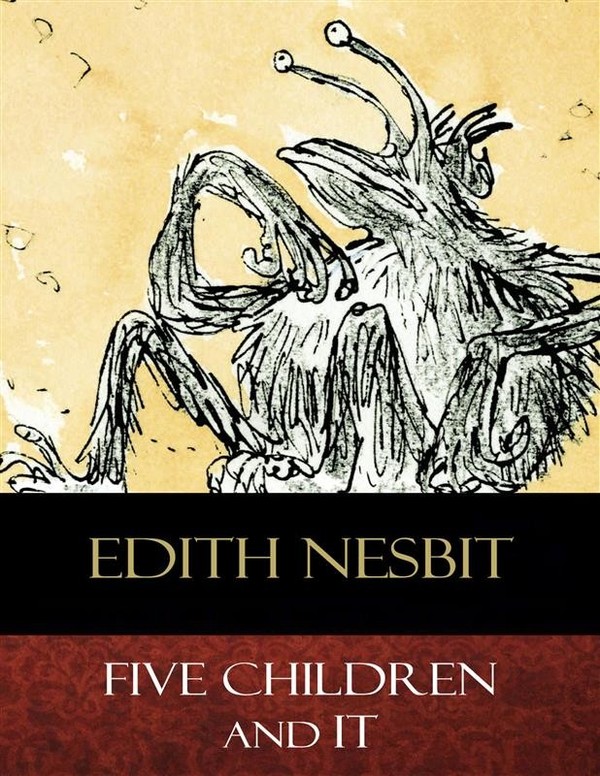 Five Children and It is a children's novel by English author E. Nesbit. It was first published as a book in 1902, having been expanded from a series of stories published in the Strand Magazine in 1900 under the general title The Psammead, or the Gifts.

The story begins when a group of children move from London to the countryside of Kent. The five children – Cyril, Anthea, Robert, Jane, and their baby brother, known as the Lamb – are playing in a gravel pit when they uncover a rather grumpy, ugly, and occasionally malevolent Psammead or sand-fairy, who has the ability to grant wishes. He persuades the children to take one wish each day to be shared among them, with the caveat that the wishes will turn to stone at sunset. This, apparently, used to be the rule in the Stone Age, when all that children wished for was food, the bones of which then became fossils. The five children's first wish is to be "as beautiful as the day". The wish ends at sunset and its effects simply vanish, leading the Psammead to observe that some wishes are too fanciful to be changed to stone.