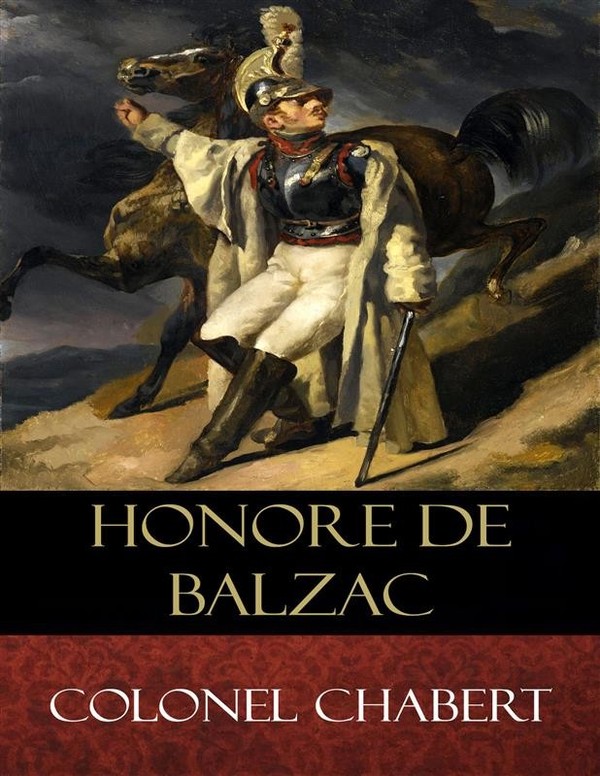 Colonel Chabert is an 1832 novella by French novelist and playwright Honoré de Balzac (1799–1850). It is included in his series of novels (or Roman-fleuve) known as La Comédie humaine (The Human Comedy), which depicts and parodies French society in the period of the Restoration (1815–1830) and the July Monarchy (1830–1848). This novella, originally published in Le Constitutionnel, was adapted for six different motion pictures, including two silent films.

Colonel Chabert marries Rose Chapotel, a prostitute. Colonel Chabert then becomes a French cavalry officer who is held in high esteem by Napoleon Bonaparte. After being severely wounded in the Battle of Eylau (1807), Chabert is recorded as dead and buried with other French casualties.

However, he survives and after extricating himself from his own grave is nursed back to health by local peasants. It takes several years for him to recover. Returning to Paris he discovers his widow has married the social climber Count Ferraud, and has liquidated all of Chabert's belongings. Seeking to regain his name and monies that were wrongly given away as inheritance, he hires Derville, an attorney, to win back his money and his honor. Derville, who also represents the Countess Ferraud, warns Chabert against accepting a settlement bribe from the Countess. In the end, Chabert walks away empty-handed and spends the rest of his days at a hospice.

Honoré de Balzac (1799–1850) was a French novelist and playwright. His magnum opus was a sequence of short stories and novels collectively entitled La Comédie Humaine, which presents a panorama of French life in the years after the 1815 Fall of Napoleon Bonaparte.