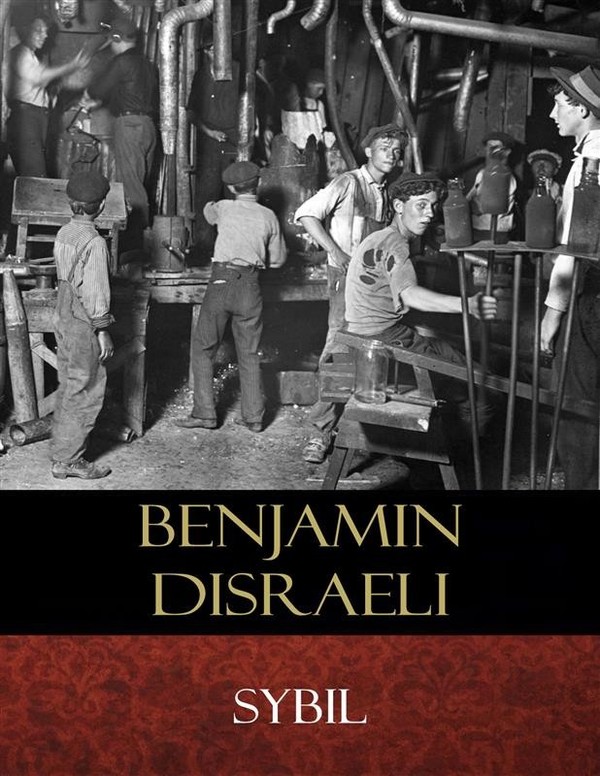 Sybil, or The Two Nations is an 1845 novel by Benjamin Disraeli. Published in the same year as Friedrich Engels's The Condition of the Working Class in England in 1844, Sybil traces the plight of the working classes of England. Disraeli was interested in dealing with the horrific conditions in which the majority of England's working classes lived — or, what is generally called the Condition of England question.

The book is a roman à thèse, or a novel with a thesis — which was meant to create a furor over the squalor that was plaguing England's working class cities.

The general reader whose attention has not been specially drawn to the subject which these volumes aim to illustrate, the Condition of the People, might suspect that the Writer had been tempted to some exaggeration in the scenes which he has drawn and the impressions which he has wished to convey. He thinks it therefore due to himself to state that he believes there is not a trait in this work for which he has not the authority of his own observation, or the authentic evidence which has been received by Royal Commissions and Parliamentary Committees. But while he hopes he has alleged nothing which is not true, he has found the absolute necessity of suppressing much that is genuine. For so little do we know of the state of our own country that the air of improbability that the whole truth would inevitably throw over these pages, might deter many from their perusal.

Disraeli's novel was made into a silent film called Sybil in 1921, starring Evelyn Brent and Cowley Wright.

Disraeli's interest in this subject stemmed from his interest in the Chartist movement, a working-class political reformist movement that sought universal male suffrage and other parliamentary reforms. (Thomas Carlyle sums up the movement in his 1839 book "Chartism.") Chartism failed as a parliamentary movement (three petitions to Parliament were rejected); however, five of the "Six Points" of Chartism would become a reality within a century of the group's formation.

The story begins by introducing George, Harris, Jerome (always referred to as "J."), and Jerome's dog, a fox terrier called Montmorency. The men are spending an evening in J.'s room, smoking and discussing illnesses from which they fancy they suffer. They conclude that they are all suffering from "overwork" and need a holiday. A stay in the country and a sea trip are both considered. The country stay is rejected because Harris claims that it would be dull, the sea-trip after J. describes bad experiences of his brother-in-law and a friend on sea trips. The three eventually decide on a boating holiday up the River Thames, from Kingston upon Thames to Oxford, during which they will camp, notwithstanding more of J.'s anecdotes about previous mishaps with tents and camping stoves.

They set off the following Saturday. George must go to work that day, so J. and Harris make their way to Kingston by train. They cannot find the right train at Waterloo Station (the station's confusing layout was a well-known theme of Victorian comedy) so they bribe a train driver to take his train to Kingston, where they collect the hired boat and start the journey. They meet George further up river at Weybridge.

The remainder of the story describes their river journey and the incidents that occur. The book's original purpose as a guidebook is apparent as J., the narrator, describes passing landmarks and villages such as Hampton Court Palace, Hampton Church, Magna Carta Island and Monkey Island, and muses on historical associations of these places. However, he frequently digresses into humorous anecdotes that range from the unreliability of barometers for weather forecasting to the difficulties encountered when learning to play the Scottish bagpipes.