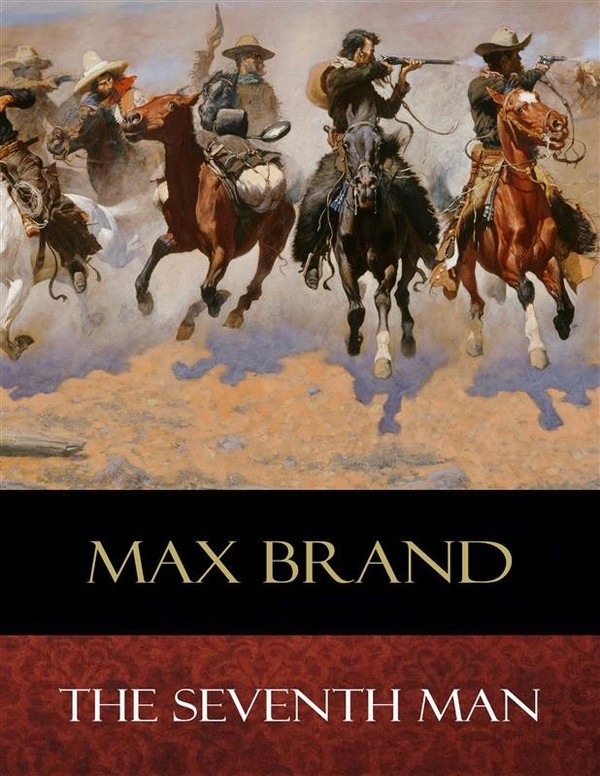 The Seventh Man by Max Brand, tells part of the story of the larger-than-life western character, Dan Barry, known as “Whistling Dan,” and his alter-ego companions, Black Bart, the wolf-dog, and Satan, the indomitable black stallion.

It’s also the story of Kate Cumberland and the incredible five-year-old daughter of Kate and Dan, Joan. We first see Dan as a gentle, caring man with a deep sense of fairness. But then, after six years of a peaceful life in their mountain cabin Dan, more feral than human, sets out to revenge an injustice by killing seven men. Ultimately, it is his devotion to his daughter and Kate’s love for the child that brings about the climax of the tale.

Faust was born in Seattle. He grew up in central California and later worked as a cowhand on one of the many ranches of the San Joaquin Valley. Faust attended the University of California, Berkeley, where he began to write frequently. During the 1910s, Faust started to sell stories to the many emerging pulp magazines of the era. In the 1920s, Faust wrote furiously in many genres, achieving success and fame, first in the pulps and later in the upscale "slick" magazines. His love for mythology was, however, a constant source of inspiration for his fiction and his classical and literary inclinations. The classical influences are particularly noticeable in his first novel The Untamed (1919), which was also made into a motion picture starring Tom Mix in 1920.

Max Brand, one of America's most popular and prolific novelists and author of such enduring works as Destry Rides Again and the Doctor Kildare stories, died on the Italian front in 1944.