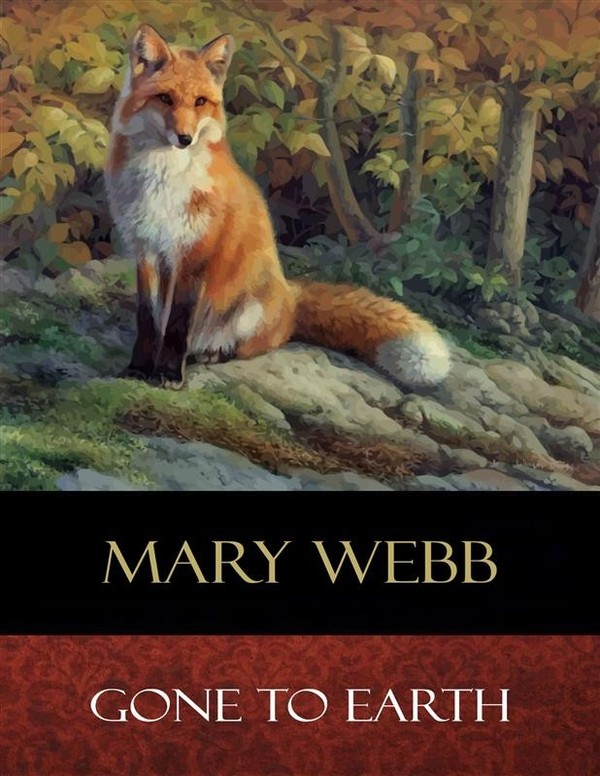 “Gone to Earth” by Mary Webb is the cry of fox hunters as the fox takes to its den and they lose the chase.

Here, Mary Webb tells the story of Hazel Woodus whose understanding of her half tame fox cub contrasts with her misunderstanding of humanity. She is pursued by two very different men, a Gentleman Farmer and the local Minister. Mary Webb’s writing is sometimes compared to that of Thomas Hardy, her descriptions of nature are vivid and her view of love and life is touched with tragedy.

The daughter of a Welsh gypsy and a crazy bee-keeper, Hazel Woodus is happiest living in her forest cottage in the remote Shropshire hills, at one with the winds and seasons, protector and friend of the wild animals she loves. But Hazel's beauty and innocence prove irresistible to the men in her orbit.

Both Jack Reddin, the local squire and Edward Marston, the gentle minister, offer her human love. Hazel's fate unfolds as simply and relentlessly as a Greek tragedy, as a child of nature is drawn into a world of mortal passion in which she must eternally be a stranger.