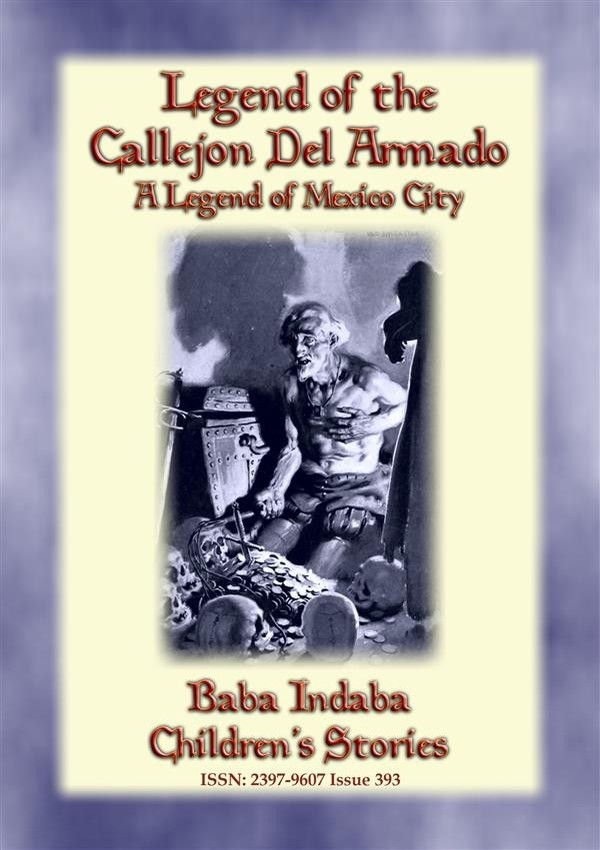 A long, long time ago in the ancient land of Anahuac, in the great city founded by Tenochtitlan over seven centuries ago, is a small street called the Alleyway of the Armed One. There lived an old man who went always about clad in armour, wearing his sword and his dagger at his side; and all that was known about him was that his name was Don Lope de Armijo y Lara.

It was rumoured he was a rich merchant, and that he originally came from Spain. No one was allowed access into his little house. No one ever got so much as the tip of his nose through the front door and he lived alone there in great mystery. It was said at night he could be heard clinking and clunking about his house in his armor. When he wasn’t doing this, many claimed you could hear him counting his money, dividing the gold from the silver. It was also said there were other goings on in the house, but no one knew what they were.

But was all of this really true? What happened to Don Lope and all his riches you ask…? Did he ever share his wealth with anyone? To find the answers to these questions, and others you may have, you will have to download and read this story to find out for yourself!
Baba Indaba is a fictitious Zulu storyteller who narrates children's stories from around the world. Baba Indaba translates as "Father of Stories".

Buy any of the 390+ Baba Indaba Children’s Stories on Google Play using the URL listed in the book.
ALSO INCLUDES LINKS TO DOWNLOAD 8 FREE STORIES