TALES OF GIANTS FROM BRAZIL - 12 stories of giants from Brazil 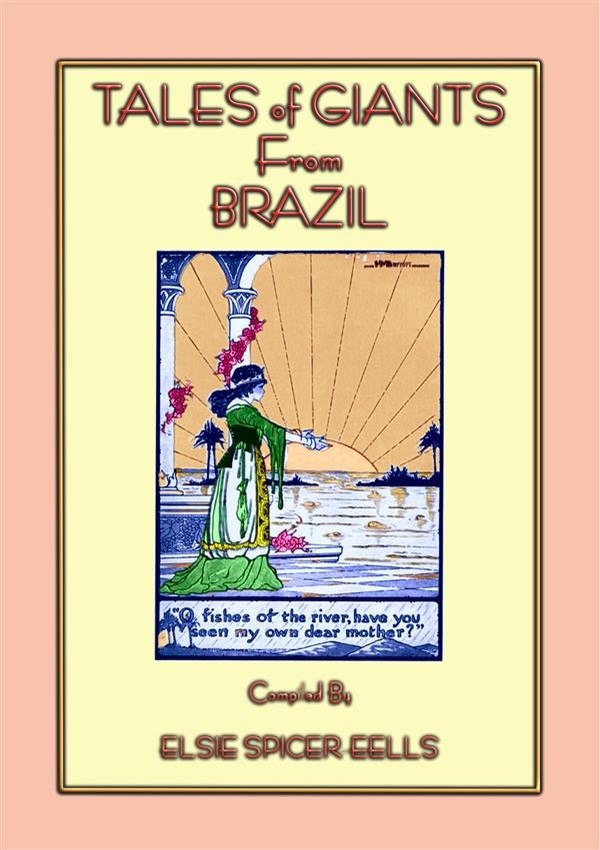 TALES OF GIANTS FROM BRAZIL - 12 stories of giants from Brazil

Tales of Giants from Brazil is Elsie Spicer Eells’ second collection of twelve, illustrated Brazillian stories. In this volume you will find unique stories with unfamiliar titles. Stories like The Princess Of The Springs, The Fountain Of Giant Land, The Little Sister Of The Giants, The Giant’s Pupil plus eight more.

When one thinks of giants in folklore, South America is not usually the region of the world that first comes to mind. We are more familiar with tales of giants in the fairy tales and folklore of the West. So, to have twelve absolutely unique stories of giants from Brazil in one volume is extra-special. For this we have Elsie Spicer-Eells to thank. As Eells puts it, “Brazil is the land of giant fruits and giant flowers. Of course it is the land of giant stories too.”

It is safe to stay that storytelling was alive and well in Central and South America when the Portuguese arrived in circa AD1500. It would also be safe to say that the Portuguese brought their folk tales along with their trade. Therefore it does not take a leap of the imagination to conclude that at some point the folklore from these two cultures became entwined to form new stories – much like the mixing of the dark, almost black, waters of the Rio Negro and the brown, lighter, muddy waters of the Rio Solimoes just north of the City of Manaus. It is often claimed that this is where the Amazon River truly starts.

So, find a comfy chair, sit back with a hot toddy, and enjoy these twelve unique and  authentic folk stories for children.