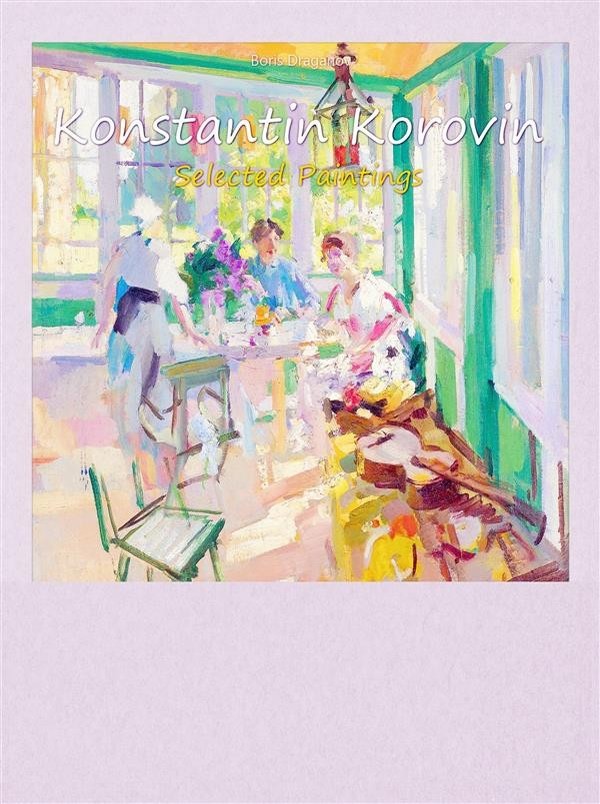 Konstantin Alekseyevich Korovin (1861 – 1939) was a leading Russian Impressionist painter.
He was born in Moscow to a merchant family officially registered as "peasants of Vladimir Gubernia". His father, Aleksey Mikhailovich Korovin, earned a university degree and was more interested in arts and music than in the family business established by Konstantin's grandfather. Konstantin's older brother Sergei Korovin was a notable realist painter. Konstantin's relative Illarion Pryanishnikov was also a prominent painter of the time and a teacher at the Moscow School of Painting, Sculpture and Architecture.
In 1881–1882, Korovin spent a year at the Imperial Academy of Arts in St. Petersburg, but returned disappointed to the Moscow School of Painting, Sculpture and Architecture. He studied at the school under his new teacher Vasily Polenov until 1886.
In 1885 Korovin traveled to Paris and Spain. "Paris was a shock for me … Impressionists… in them I found everything I was scolded for back home in Moscow", he later wrote.
Polenov introduced Korovin to Savva Mamontov's Abramtsevo Circle: Viktor Vasnetsov, Apollinary Vasnetsov, Ilya Repin, Mark Antokolsky and others. The group's love for stylized Russian themes is reflected in Korovin's picture A Northern Idyll. In 1885 Korovin worked for Mamontov's opera house, designing the stage decor for Giuseppe Verdi's Aida, Léo Delibes' Lakmé and Georges Bizet's Carmen.
He painted in the Impressionist, and later in the Art Nouveau, styles.
In the 1890s Korovin became a member of the Mir iskusstva art group.
Korovin's subsequent works were strongly influenced by his travels to the north. In 1888 he was captivated by the stern northern landscapes seen in The Coast of Norway and the Northern Sea.
In the beginning of the 20th century, Korovin focused his attention on the theater. He moved from Mamontov's opera to the Mariinsky Theatre in St. Petersburg.
In 1905 Korovin became an Academician of Painting and in 1909–1913 a professor at the Moscow School of Painting, Sculpture and Architecture.
In 1923 Korovin moved to Paris on the advice of Commissar of Education Anatoly Lunacharsky to cure his heart condition and help his handicapped son. There was supposed to be a large exhibition of Korovin's works, but the works were stolen and Korovin was left penniless. For years, he produced the numerous Russian Winters and Paris Boulevards just to make ends meet.