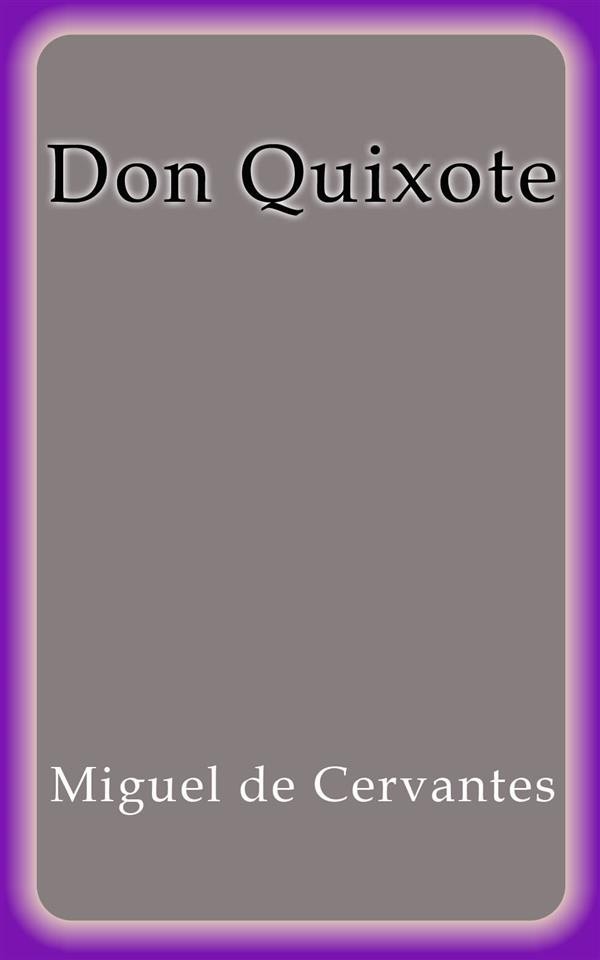 Don Quixote, fully titled The Ingenious Gentleman Don Quixote of La Mancha (Spanish: El ingenioso hidalgo don Quijote de la Mancha), is a Spanish novel by Miguel de Cervantes Saavedra. It follows the adventures of Alonso Quixano, a hidalgo who reads so many chivalric novels that he loses his sanity and decides to set out to revive chivalry, undo wrongs, and bring justice to the world, under the name Don Quixote. He recruits a simple farmer, Sancho Panza, as his squire, who often employs a unique, earthly wit in dealing with Don Quixote's rhetorical orations on antiquated knighthood. Don Quixote, in the first part of the book, does not see the world for what it is, and prefers to imagine that he is living out a knightly story. The story implements various themes, such as intertextuality, realism, metatheatre, and literary representation.