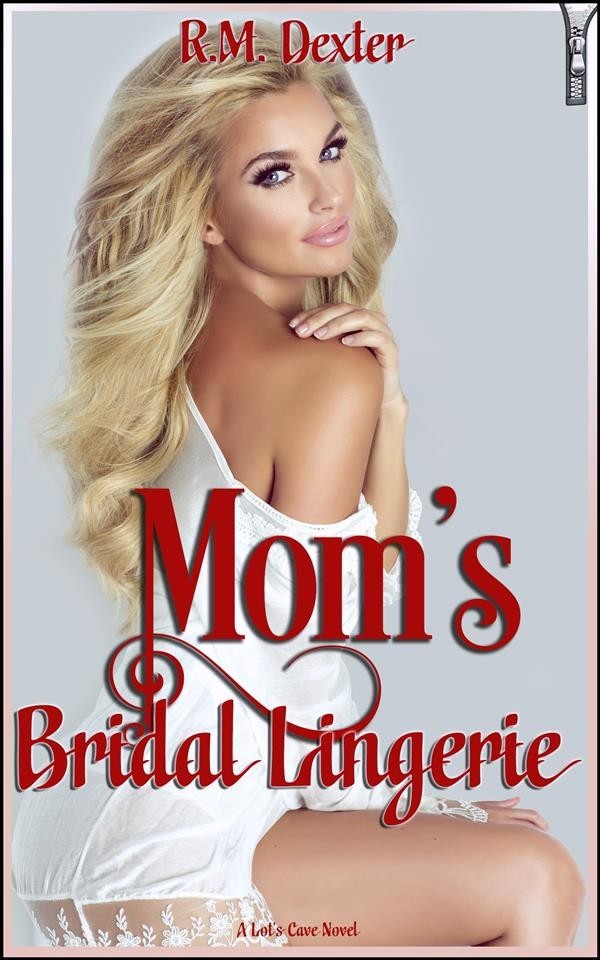 DESCRIPTION Mitch has always lusted after his mother. The idea of pleasuring her is too taboo to resist. When Mitch’s mother finds his collection of erotic fantasies, she intends to make them come true. The hot incestuous sex that follows is satisfying, but Mitch may unlock more than he bargained for. When his mother’s marriage ends, will Mitch find her wearing the sexiest bridal lingerie he can imagine? EXCERPT Mitch looked down at his mother’s voluptuous chest, her huge mouth-watering tits gorgeously displayed in a black ribbed turtleneck that seemed adhered to her lush body like a second layer of skin. The vertical ribs of the sweater followed the swelling contours of her big round breasts, flowing out to the sides enticingly before being drawn back in as the tight fabric formed to her shapely hourglass figure. He could see gobs of the pearly white fluid had landed on the upper swells of her tits, looking obscenely erotic against the black material of her sweater. He could even see her nipples thrusting provocatively as they poked against the soft fabric, the protruding buds visible right through the black bra she was wearing beneath. “I didn’t think it was going to shoot all over you like that. Once it started, it just kept coming. I was as surprised as you that there was so much of the stuff.” “What am I going to do?” Nicole said as she looked down at her spattered chest, the dangling wad of thick fluid dropping off her chin and onto her right breast, the heavy gob sliding slowly towards her stiff nipple. “I’m supposed to be going out to dinner with your father soon. Now I’m going to have to change. He can’t see me with this all over me.” Both mother and son looked down at the guilty culprit still clutched in the teenager’s circling hand, another milky strand drooling from the opening at the tip. Nicole gave a resigned shrug, knowing she had been just as responsible for what had happened as her son. It had been her suggestion to start with.