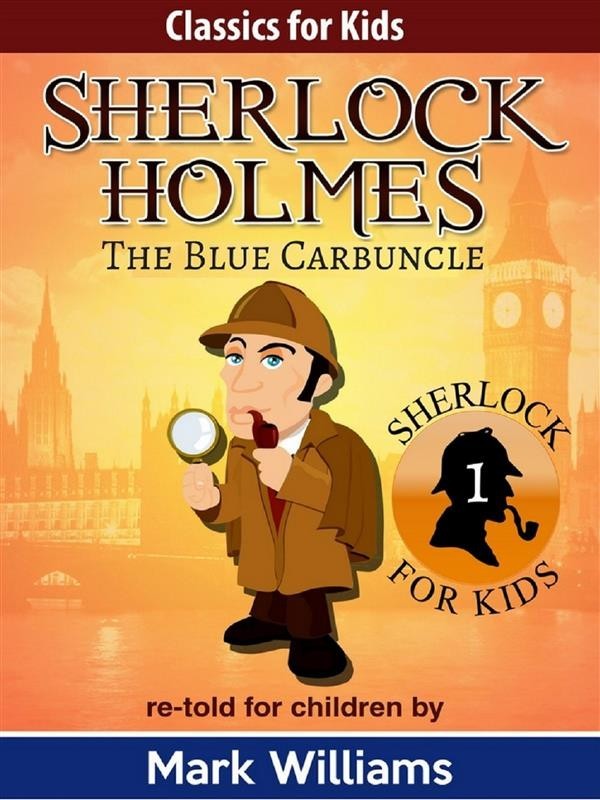 How old were you when you discovered Sherlock?

As part of the Classics For Kids series international best-selling author Mark Williams is proud to present this adaptation for children of the Sherlock Holmes short story The Blue Carbuncle.

This is the British-English edition.

Although we speak the same language, we spell many words differently depending on which side of the Atlantic we are. UK = colour, US = color; UK = marvellous, US = marvelous; UK = theatre, US= theater, etc. This sometimes causes problem for children at school, so in response to requests from school librarians there are now British-English and American-English versions of the Sherlock For Kids books.

Come join Holmes and Watson as they solve the mystery of the blue carbuncle in a child-friendly, twenty-first century English, with the seamier side of Victorian life left out.

Ideal for children aged 9-12 to get started with the world’s most famous detective.

Other books in the Sherlock Holmes re-told for children series:

These titles may be available as ebooks, paperbacks and as audio-books.

Coming next in the Sherlock Holmes re-told for children series: