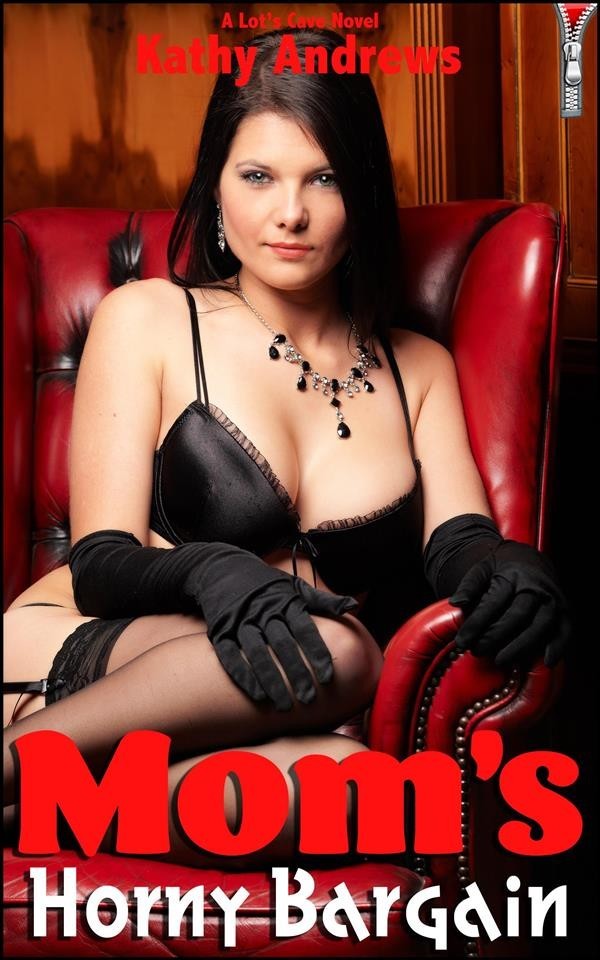 She felt a catch in her throat as she understood it was her, her ass and thighs, that was giving him this growing, hard-on. She wondered if it was possible that Donny was interested in her, his own mother, that way. If the swelling lump in his pants was any indication, she knew he was interested, very much so.

For just an instant, she felt humiliation, but it was such a fleeting instant that she let it go. It was replaced by a sense of elation, of pleasure. She felt a pulsation between her thighs, the tingle of her cunt becoming more pronounced.

This is silly, she thought. Waving my fucking ass in the Goddamn air and letting my son look all he wants and me… staring right at his cock. Silly… but kind of nice, too.

Donny never took his gaze from his mother's ass. He could see the slight puffing of her panty crotch. Finally he shifted his eyes and was looking directly into those of his brother. He grinned wickedly, and Peggy gasped when he ran his hand down and cupped his cock and balls, giving his prick a squeeze.

“Donny!” she said sharply, finding the strength to sit on her heels. “What are you doing, young man?”

He ignored his mother and arched his hips forward, his hand still cupping his cock and balls. “Want some, Mother?” he said boldly, then laughed.

“Donny!” Peggy gasped, but her eyes burning as she watched him squeezing his cock and balls.

Knowing she should be angry with him, she found that impossible. On the contrary, watching him so openly fondle himself excited her more than she would have suspected. There was a lurch in and around her cunt, a lurch quite similar to an impending orgasm. She felt her tits swell, and, without looking down, she knew her nipples were pressing against the faded thin fabric. She had no bra on, and her tits were molded by the tightness. Her son's gaze moved to them, and she saw him lick his lips hungrily.