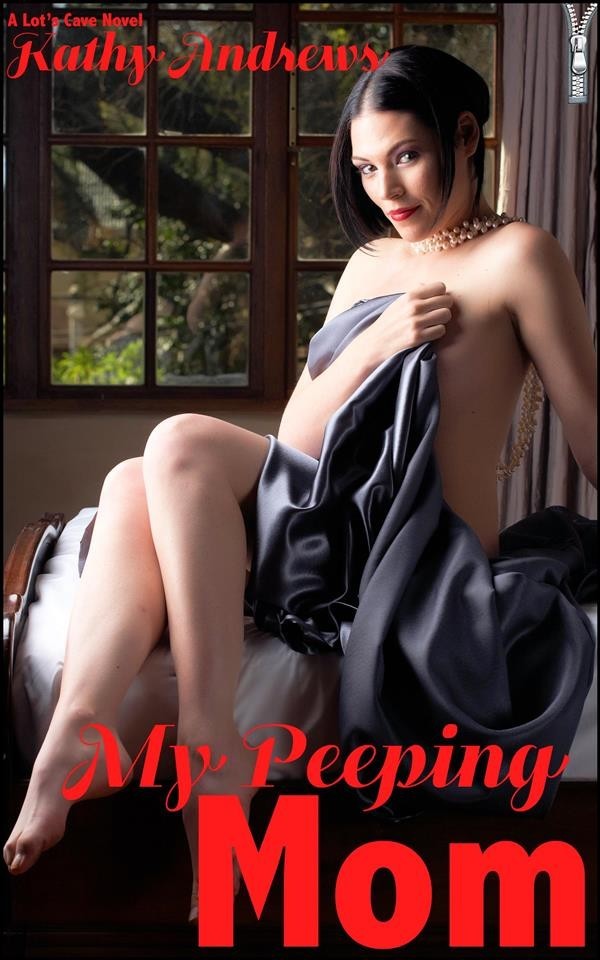 DESCRIPTION
Janice loves sneaking peeks in her neighbor’s windows—and so does her son! The kinky acts she spies her neighbors performing leaves her hot in a way only a son can satisfy. When her neighbors discover Janice enjoys their nightly shows, will she be in for a surprise of her own? Will her kinky father daughter neighbors turn out to have skeletons in their closet and incestuous secrets of their own?

EXCERPT
Hardly aware of what she was doing, Janice entered the room and walked up beside her son. She stood slightly behind him, hearing his heavy breathing as he gazed at the girl next door. The girl, so lovely with her honey blonde hair, was sitting on the bed with her slim legs wide, rubbing her cunt.

“I heard,” he replied in a hoarse voice. “Look what that girl's doing.”

Her son was excited, very excited. He didn't seem at all embarrassed about being caught looking.
Before she could stop herself, Janice said, “Do you like watching her?”

A soft groan came from her son. Shooting her eyes downward, she realized her son had his hand inside his pajamas.

She swayed toward her son, her shoulder brushing his. They stood side by side, watching, as the pretty blonde pulled the pillow beneath her naked body and started to fuck it.

“That excites you, doesn't it, Bobby?” she said in a very low, quivery voice.

The urge to touch her son, put her hand on the front of his pajamas, feel his cock, was overwhelming. For a long moment she managed to resist, then she found her hand moving out. Whether Bobby knew what she was about to do or not, she didn't know. Both of them were gazing at the girl, seeing that tight, cute ass writhe and twist, heard the soft whimpers of pleasure coming across the fence.

Janice placed her palm against the front of her son's pajamas.

She heard Bobby gasp, but he didn't turn his head. She felt the roundness of his cock burning against her palm, and there was a wetness, too, but no movement. Then her son moved his hand. He's jacking off, she thought with a hot thrill. Bobby is jacking on his cock, and he can feel my palm against the head of his prick! I wonder if he would…