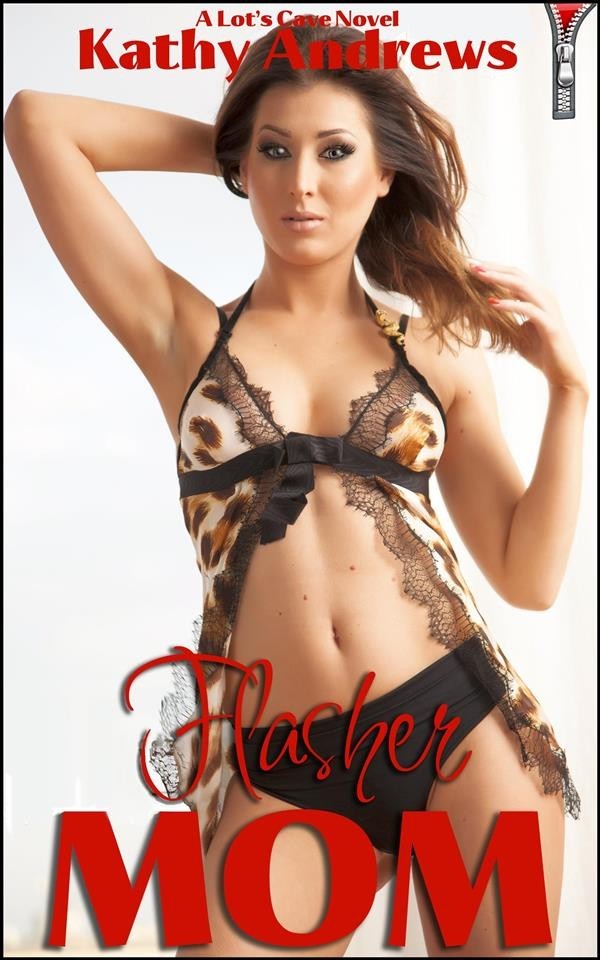 
EXCERPT
She glanced again at the man across from her, peeking from under lowered eyelids. The man looked boldly at her, his eyes gleaming with appreciation. Dropping her gaze down his body, Karen noticed the man had a hard-on. His cock was bulging up against the front of his pants, and it didn't seem to bother him if anyone saw.

Karen could actually feel the man's gaze on her body, on her nyloned thighs. Her flesh became warm, a slight shiver passing through her. Karen wore a green-and-black checkered, pleated skirt. The checks were small and the colors blended perfectly. Her blouse was a frilly white garment, buttoned up the front, the top three buttons open. The lace of her bra could be seen, as could the creamy swell of her tits.

The man directly across from her, about eight feet away, could see the tanned flesh of her thighs past the nylons. And not only that, he could also see the tight crotch of her panties. The view of this succulent beauty increased the size of his cock significantly.

Karen, still pretending she did not notice, lifted her right foot, placed it on her left knee, and pretended to adjust the high heel on her shoe. The man's eyes glowed hungrily as he saw the expanse of Karen's crotch even better. Karen knew the impact this had on the man, and she glanced at the front of his pants once more. The poor man would come in his pants very soon. She giggled to herself, lifting her eyes boldly to his. But the man did not react as she thought. He gazed at her openly, then ran his tongue about his lips with a slight grin on his face.

Seeing his tongue move that way sent a flash of heat between Karen's thighs. Her cunt twitched inside the tight band of her panties, and her clit suddenly became swollen. The lips of her cunt became puffy as the fuck juices started flowing.

On an impulse, she moved the tip of her tongue over her full, moist lips, giving the man a slow, lewd wink. The immediate attraction between them grew hot, and Karen felt adventurous. She had never allowed herself to be picked up by a strange man, nor had she picked any up herself. Yet, the man's cock was bulging out beautifully. It was so hard and ready to fuck and her cunt was boiling for a good fuck.

The crotch of her tight panties was getting quite wet, too.