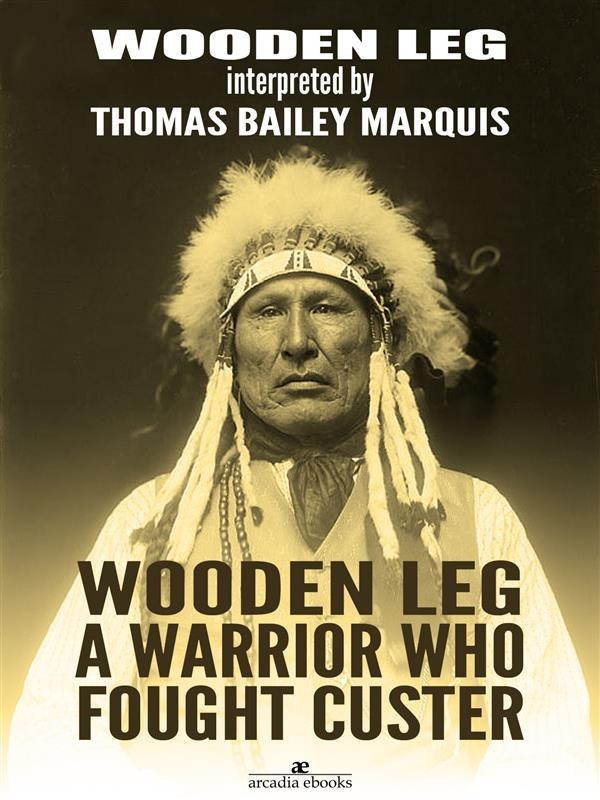 Wooden Leg: A Warrior Who Fought Custer is a book by Thomas Bailey Marquis about the life of a Northern Cheyenne Indian, Wooden Leg, who fought in several historic battles between United States forces and the Plains Indians, including the Battle of the Little Bighorn, where he faced the troops of George Armstrong Custer. The book is of great value to historians, not only for its eye-witness accounts of battles, but also for its detailed description of the way of life of 19th-century Plains Indians. The book was dictated to Marquis by Wooden Leg in Indian Sign Language, their only common language. Marquis gathered the stories for the book from Wooden Leg and others while he was physician at the agency in Montana from 1922. They were reluctant to open up to him at first, but eventually Marquis gained their trust. Wooden Leg lived through some of the most turbulent times in Cheyenne history, but the book begins with his childhood and descriptions of Cheyenne customs. These include tribal organisation, the warrior societies, sport, religion and mythology, their friendship and cooperation with the Sioux, arrow recognition, warbonnet entitlement, and much more. Wooden Leg was introduced to warfare at a very young age via conflict with the Crow and joined the Elk warrior society at age 14. The book describes Wooden Leg's participation in the important battles of the war of 1876–1877, when the Cheyenne, Sioux, and other plains tribes fought the United States. These included not only the Little Big Horn, but the preceding Battle of the Rosebud and the succeeding Dull Knife Fight. Following the Cheyenne surrender, the tribe was deported to Oklahoma, but eventually Wooden Leg was allowed to return. At Fort Keogh he worked as a scout for the army and was later appointed a judge at the Tongue River Indian Reservation. Wooden Leg describes in detail how he befriended the old chief Little Wolf towards the end of the latter's life. Little Wolf had been a great war leader but was now ostracised for having killed another Cheyenne while drunk. Wooden Leg's description of the Battle of the Little Bighorn caused controversy when the book was first published, particularly his claim that many of the US soldiers committed suicide. This claim is still discussed by scholars and has been investigated by archeologists, but no firm conclusions have been reached.