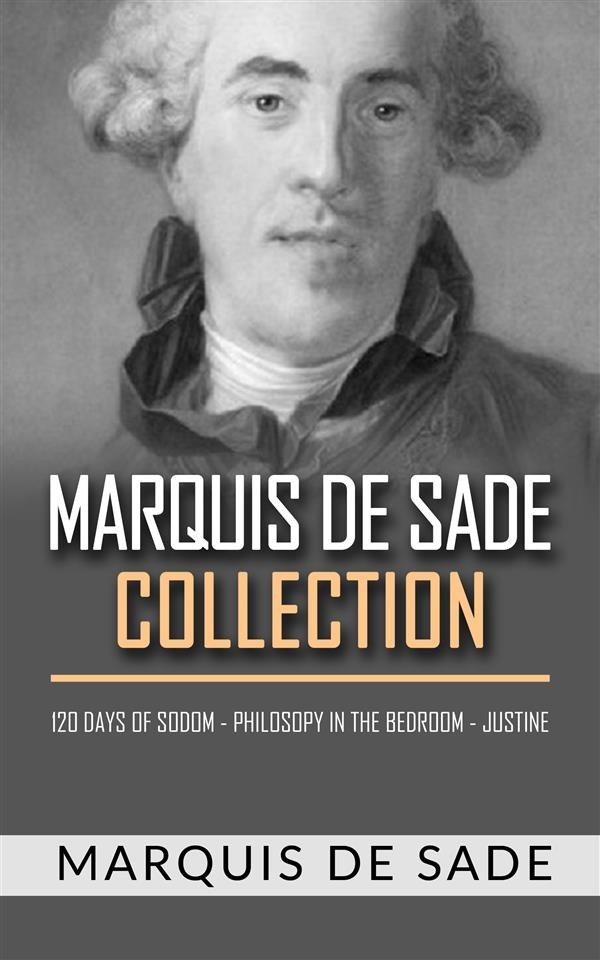 Philosophy in the Bedroom is a 1795 book by the Marquis de Sade written in the form of a dramatic dialogue. Though initially considered a work of pornography, the book has come to be considered a socio-political drama. Set in a bedroom, the seven dialogues concern Eugenie, a virgin, who has been sent to the house of Madame de Saint-Ange by her father, to be instructed in the ways of the libertine. Along, with Le Chevalier de Mirval, (Madame de Saint-Ange’s 20-year-old brother), and Dolmancé, a 36-year-old atheist and bisexual, they all teach her their ways. When her mother shows up, she is punished for bringing her daughter up with ‘false virtues’.

Justine (or The Misfortunes of Virtue) is set just before the French Revolution in France and tells the story of a young woman who goes under the name of Therese. Her story is recounted to Madame de Lorsagne while defending herself for her crimes, en route to punishment and death. She explains the series of misfortunes which have led her to be in her present situation.