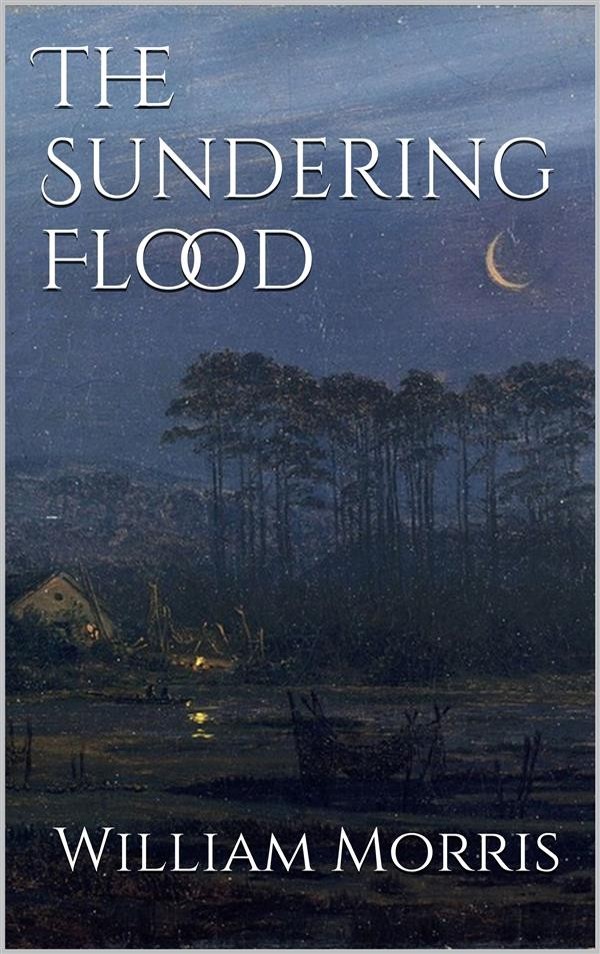 It is told that there was once a mighty river which ran south into the sea, and at the mouth thereof was a great and rich city, which had been builded and had waxed and thriven because of the great and most excellent haven which the river aforesaid made where it fell into the sea. And now it was like looking at a huge wood of barked and smoothened fir-trees when one saw the masts of the ships that lay in the said haven.
But up in this river ran the flood of tide a long way, so that the biggest of dromonds and round-ships might fare up it, and oft they lay amid pleasant up-country places, with their yards all but touching the windows of the husbandman's stead, and their bowsprits thrusting forth amongst the middens, and the routing swine, and querulous hens. And the uneasy lads and lasses sitting at high-mass of the Sunday in the grey church would see the tall masts amidst the painted saints of the aisle windows, and their minds would wander from the mass-hackled priest and the words and the gestures of him, and see visions of far countries and outlandish folk, and some would be heart-smitten with that desire of wandering and looking on new things which so oft the sea-beat board and the wind-strained pine bear with them to the dwellings of the stay-at-homes: and to some it seemed as if, when they went from out the church, they should fall in with St. Thomas of India stepping over the gangway, and come to visit their uplandish Christmas and the Yule-feast of the field-abiders of midwinter frost