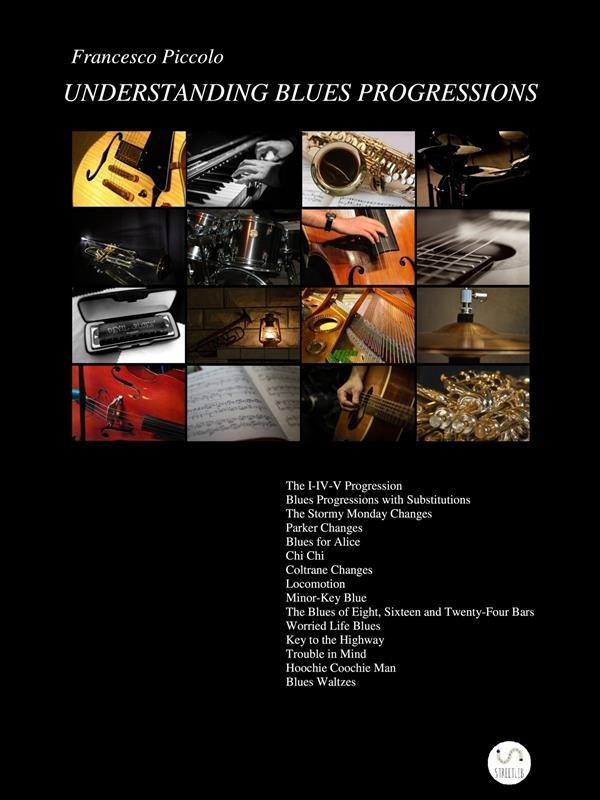 The book reviews the blues structures and how these have evolved from the beginning of the last century to present day.
The book first analyzes the standard progression. This progression, as defined in its primordial form of the Country Blues, crystallized in the Classic Blues period and was used also in Urban Blues and subsequent evolutions of Rhythm 'n' Blues, Funk, and Blues Rock. The book moves on to cover Blues progressions with substitution, created by the “boppers'" need to have more freedom of improvisation. The pinnacle of this period is represented by the Parker changes. Therefore, the progression of a true classic, "Call It Stormy Monday (But Tuesday is Just as Bad)" by T-Bone Walker, in the version of the Allman Brothers Band, is presented in detail. Subsequent developments of Blues in a jazz context led to the harmonic boldness of Coltrane and Free Jazz.
Minor-key Blues, a particular type of Blues consisting of eight, sixteen, and twenty-four bars and the Blues Waltzes are also reviewed.