Remembrance of Things Past (Complete) 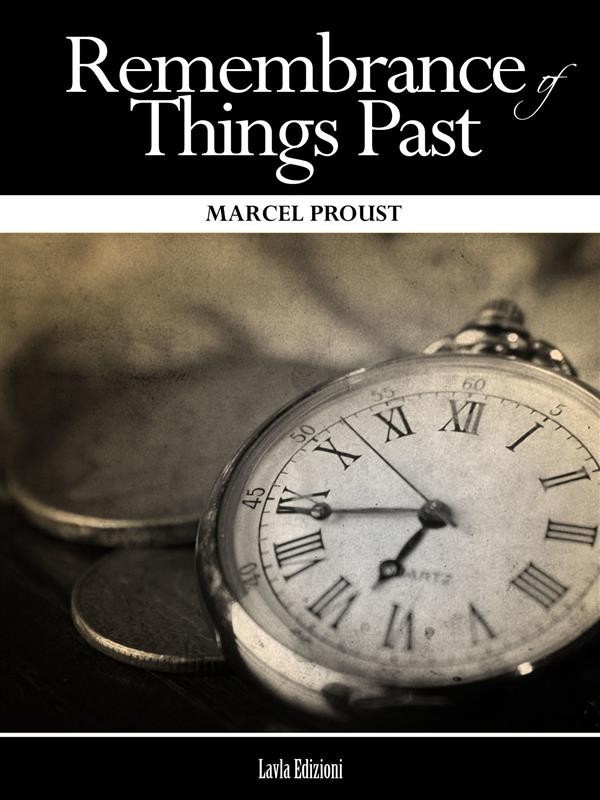 Remembrance of Things Past (Complete)

Complete edition, from 1 to 7. The Narrator begins by noting, "For a long time, I went to bed early." He comments on the way sleep seems to alter one's surroundings, and the way Habit makes one indifferent to them. He remembers being in his room in the family's country home in Combray, while downstairs his parents entertain their friend Charles Swann, an elegant man of Jewish origin with strong ties to society. Due to Swann's visit, the Narrator is deprived of his mother's goodnight kiss, but he gets her to spend the night reading to him. This memory is the only one he has of Combray, until years later the taste of a madeleine cake dipped in tea inspires a nostalgic incident of involuntary memory. He remembers having a similar snack as a child with his invalid aunt Leonie, and it leads to more memories of Combray. He describes their servant Françoise, who is uneducated but possesses an earthy wisdom and a strong sense of both duty and tradition. He meets an elegant "lady in pink" while visiting his uncle Adolphe. He develops a love of the theater, especially the actress Berma, and his awkward Jewish friend Bloch introduces him to the works of the writer Bergotte. He learns Swann made an unsuitable marriage but has social ambitions for his beautiful daughter Gilberte. Legrandin, a snobbish friend of the family, tries to avoid introducing the boy to his well-to-do sister. The Narrator describes two routes for country walks the child and his parents often enjoyed: the way past Swann's home (the Méséglise way), and the Guermantes way, both containing scenes of natural beauty. Taking the Méséglise way, he sees Gilberte Swann standing in her yard with a lady in white, Mme Swann, and her supposed lover: Baron de Charlus, a friend of Swann's. Gilberte makes a gesture that the Narrator interprets as a rude dismissal. During another walk, he spies a lesbian scene involving Mlle Vinteuil, daughter of a composer, and her friend. The Guermantes way is symbolic of the Guermantes family, the nobility of the area. The Narrator is awed by the magic of their name, and is captivated when he first sees Mme de Guermantes. He discovers how appearances conceal the true nature of things, and tries writing a description of some nearby steeples. Lying in bed, he seems transported back to these places until he awakens.