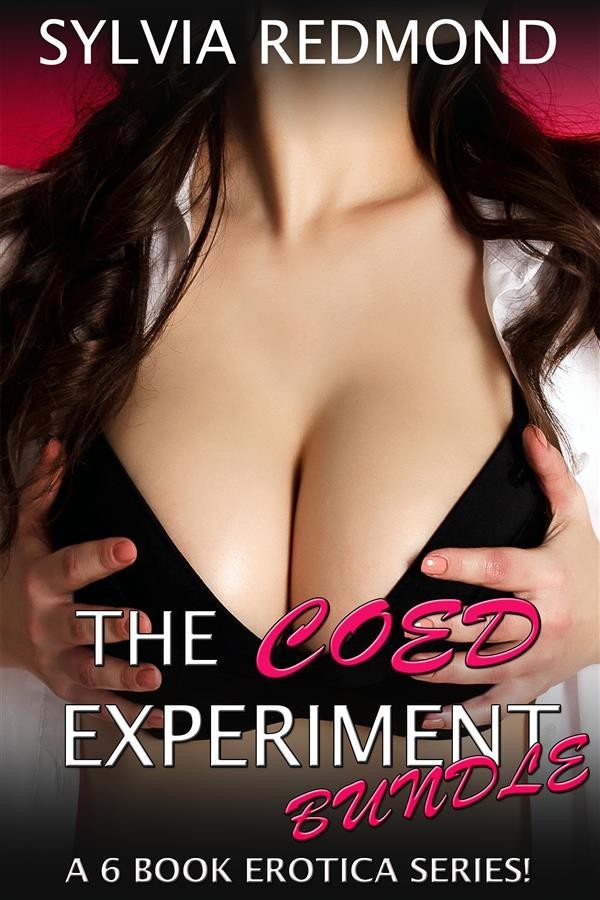 All 6 Books from The Coed Experiment Series!
Dr. Foster is testing his company's experimental breast augmentation drug, and he's pleased with the unintended side effects!

The Coed Experiment 1
Tara and Kelly are two college coeds looking to earn extra money for spring break when they hear about a sleep study being conducted by a local pharma lab. The money sounds great and they sign up - only it's not exactly a sleep study, it's a study on a new breast augmentation drug and it's being run by a doctor with questionable scruples. He hand picks his own test subjects, and he and his head nurse soon realize that not all unplanned side effects of the study are necessarily bad...

The Coed Experiment 2
Dr. Foster is testing his company's breast augmentation drug on a group of coeds who think they are participating in a sleep study. When they realize that the drug has certain sexual side effects, Foster makes them a deal: stay on with the study and you will be compensated handsomely for working a couple of hours on the weekends. The catch? The couple of hours of work on the weekends is not going to be easy, but they might enjoy it. Tara and Kelly have some decisions to make.

The Coed Experiment 3
Josh sees an advertisement at the school bookstore for a sleep study and decides to participate. He is interested in making some money to take his new girlfriend out and it peeks his academic interest. Little does he know that he has stumbled on Dr. Foster's libido drug trials. Foster now thinks his drug will have effects on male libido, and more importantly on penis size. What will this mean for Josh and his new girlfriend?

The Coed Experiment 4
Dr. Foster has put been testing his company's drug on male and female libido and has had tremendous results. He thinks the drug has even bigger potential for fertility testing though, he just needs a live test. He already has one male who has seen significant size increases from taking the drug, if he can just pair him with one or two unsuspecting female test subjects, he should be able to find out. And he has just the girl in mind...

The Coed Experiment 5
Dr. Foster's experimental drug has had phenomenal results so far. Although originally intended as a breast augmentation drug, he was pleased to learn it also has potential as a sexual libido and male enhancement drug. His most recent interest has been in fertility testing however - he still has testing to do with his coeds but is interested in starting live testing with a more mature female population...

The Coed Experiment 6
Dr. Foster is in the final stages of fertility testing for his company's new experimental drug. Up until this point he has been testing on a strictly coed population but he realizes that the market for this drug is older females who are having trouble conceiving. He's finding out that not only are they the market for the drug, but they are extremely eager test subjects as well...