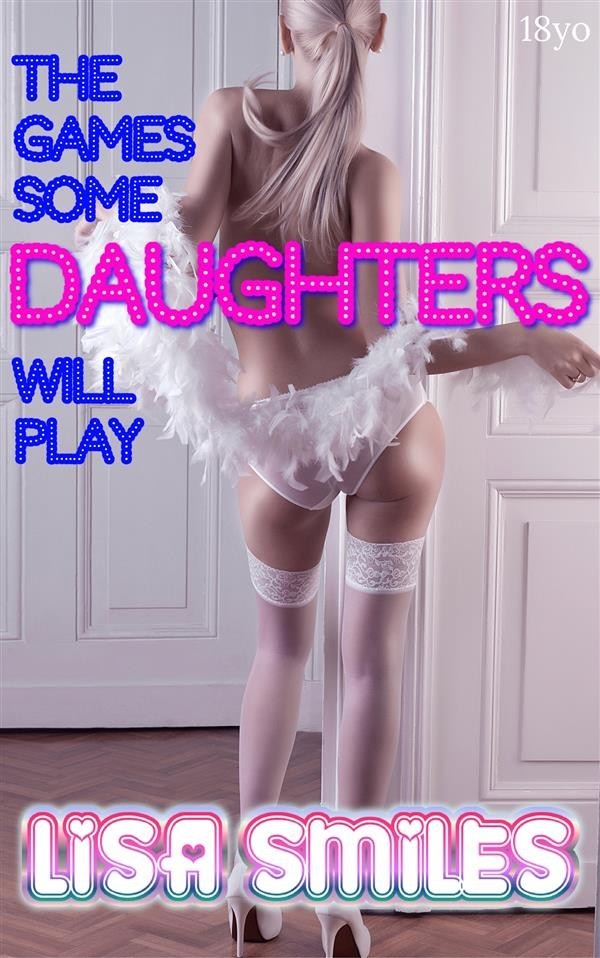 When 18 year old Kylie jokingly adds a believable confession to an internet forum on incest, she gets a realistic suggestion: make it all look like a game. Soon Ben, her father, is enjoying rough-house games with his daughter again. No longer aloof, she's being playful, quite physical, careless about what she touches... she is being really quite naughty. Well daddy has some naughty games too! 7000 WORDS!
Kylie is wondering why everyone makes such a fuss about turning 18. It's not as though there are that many things she can do now that she couldn't before. But after a little snooping around on the web, and a little engagement with one very strange forum, she has had a very filthy idea, one it will be hard to get out of her head. Some of the old games she played with her father, when she was much younger, could be given a twist and made kinky. And if she's careful enough, he won't even know what she's up to!
It is this Kylie who Ben is met by on his living room floor, wanting to be a part of games she hasn't deigned be a part of for years. And although it all needs to be hidden from the other members of their family, his eldest daughter's new approach to old games is driving him crazy.
Don't come into their world if you're afraid of being corrupted, or unwilling to flow with some major transgressions.