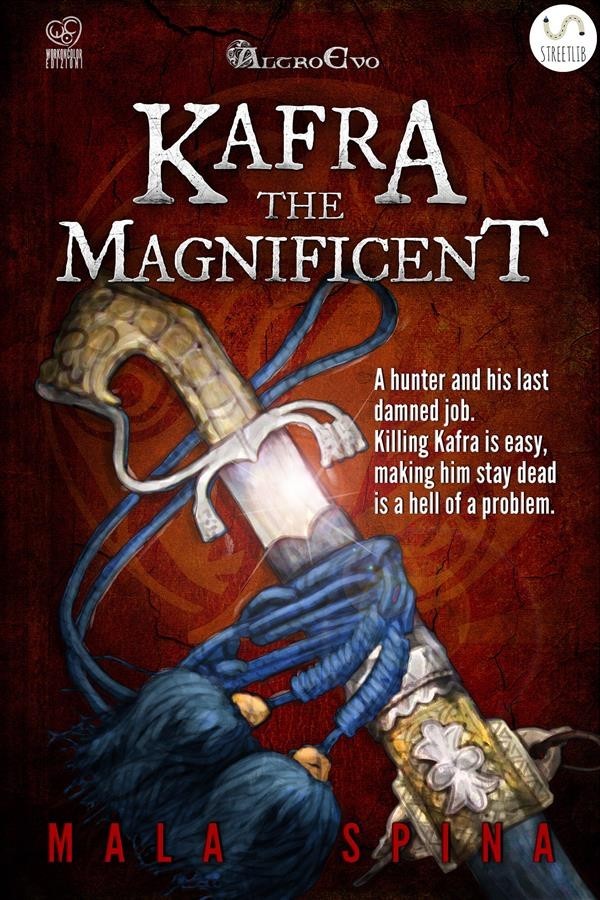 Jelicho is an old bounty hunter and all he wants is one last job to get enough money to settle down.
Kafra is a poor trickster and a phoney but there's a big hit out on him.
It seems a child's play to kill him, but Jelicho doesn’t know how much he was wrong. Killing Kafra is easy, but keeping him dead is a hell of a problem.
In the old city, nobody is safe and plans never go the way you want.

“The night had transformed the city into a black labryinth. Jelicho walked through the crooked alleys and could clearly perceive the presence of indistinct shadows moving behind the corners or spying from the windows. They retreated as soon as they saw the Moor put his palm on the enormous scimitar’s handle, tall as he was like a giant dressed in clothes that made him seem a demon. At times he felt like an old lion, who frightened the young men still too terrorized to face him, lurking in the shadows and awaiting the day he would finally be weak.”

Episodes of Altro Evo are:
* "The Day of the Dragon"
* "Kafra the Magnificent"
* "Ugly as Death"

Altro Evo is a series of adventures in an alternate fantasy world (some sort of Sword & Sorcery magic-punk).
Every ebook has a different hero, the story is independent but closely connected to the other episodes. All events take place over the same day, within the walls of the same old city, like a jigsaw puzzle.
The series can be read in any order and each one is a self-contained ebook.