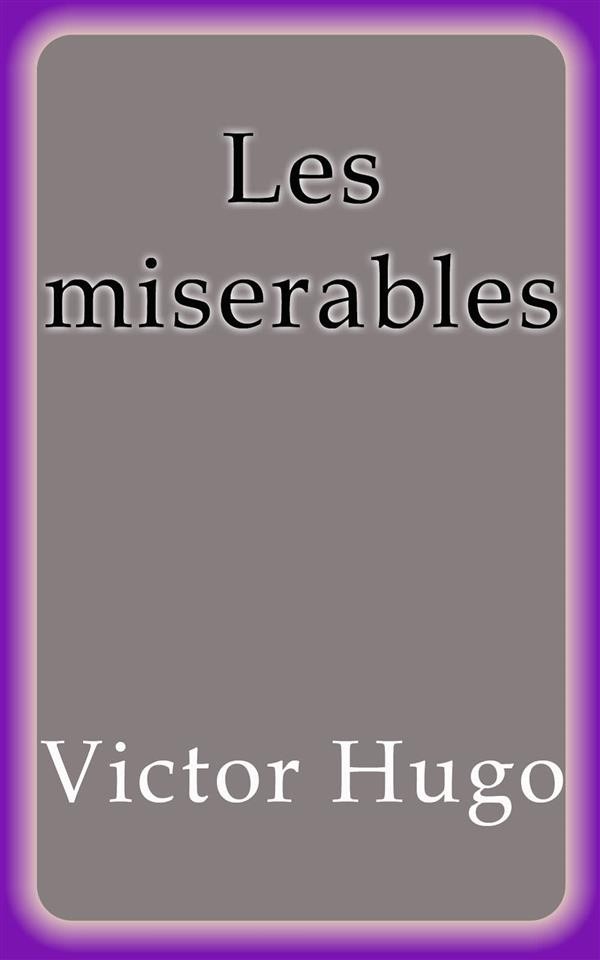 Victor Hugo - Les Miserables is a French historical novel by Victor Hugo, first published in 1862, that is considered one of the greatest novels of the 19th century. In the English-speaking world, the novel is usually referred to by its original French title, however several alternatives have been used, including The Miserable, The Wretched, The Miserable Ones, The Poor Ones, The Wretched Poor, The Victims and The Dispossessed.