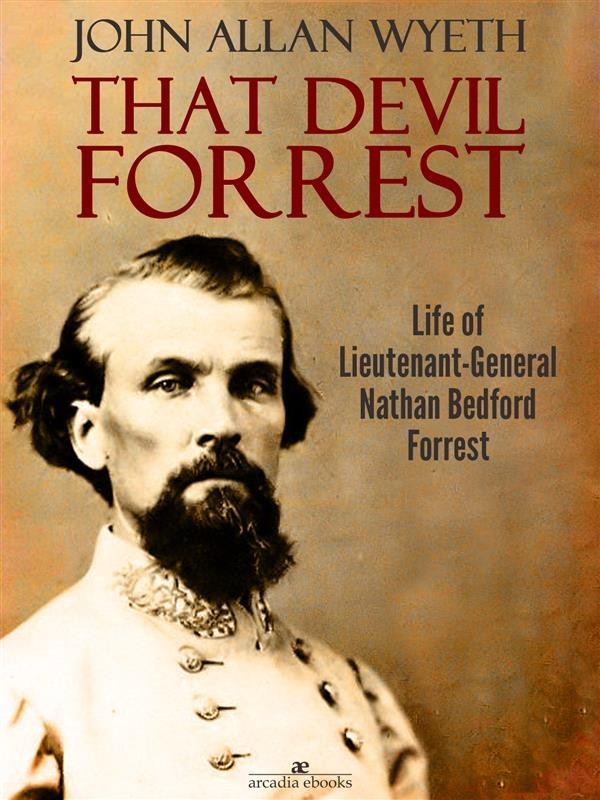 Nathan Bedford Forrest (1821-1877), called Bedford Forrest in his lifetime, was a lieutenant general in the Confederate Army during the American Civil War. He is remembered as a self-educated, brutal, and innovative cavalry leader during the war and as a leading Southern advocate in the postwar years. He was a pledged delegate from Tennessee to the New York Democratic national convention of 4 July 1868. He served as the first Grand Wizard of the Ku Klux Klan, but later distanced himself from the organization.

A cavalry and military commander in the war, Forrest is one of the war's most unusual figures. Although less educated than many of his fellow officers, before the war Forrest had already amassed a fortune as a planter, real estate investor, and slave trader. He was one of the few officers in either army to enlist as a private and be promoted to general officer and corps commander during the war. Although Forrest lacked formal military education, he had a gift for leadership, strategy and tactics. He created and established new doctrines for mobile forces, earning the nickname The Wizard of the Saddle.

Forrest was accused of war crimes at the Battle of Fort Pillow for allowing forces under his command to massacre hundreds of black Union Army and white Southern Unionist prisoners. Union Major General William T. Sherman investigated the allegations and did not charge Forrest with any improprieties.

In their postwar writings, Confederate President Jefferson Davis and General Robert E. Lee both expressed their belief that the Confederate high command had failed to fully use Forrest's talents.