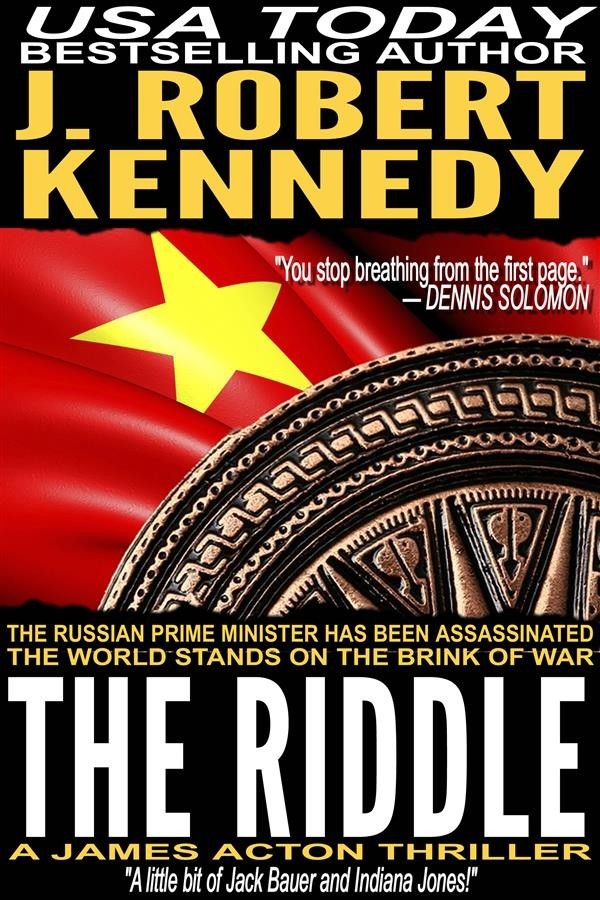 THE RUSSIAN PRIME MINISTER HAS BEEN ASSASSINATED.
THE WORLD STANDS ON THE BRINK OF WAR.

Professors James Acton and Laura Palmer, witnesses to the murder, know the truth, and as the Russians and Vietnamese attempt to use the situation to their advantage on the international stage, the husband and wife duo attempt to find proof that their friend is innocent.

It is a desperate race against time as the innocent involved are hunted down without mercy. Facing impossible odds in a country where they have no friends and no hope of rescue, they stand alone.

From USA Today bestselling author J. Robert Kennedy, The Riddle is a heart pounding thrill ride spanning two millennia that pits Professors Acton and Palmer, along with members of the Delta Force’s Bravo Team, against the might of the Vietnamese military and the political machinations of the Kremlin itself.