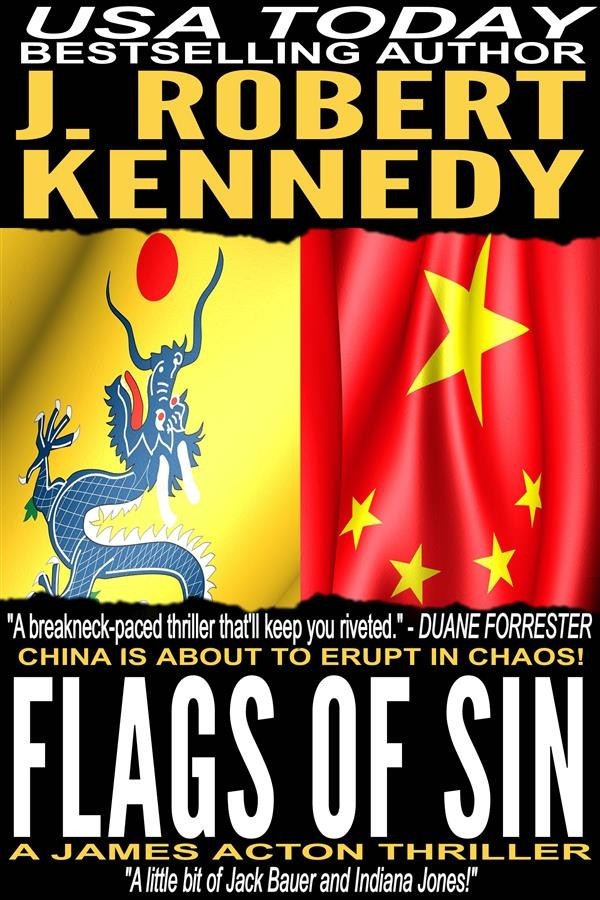 If you enjoy action-packed thrillers, then don’t miss Flags of Sin, a non-stop thrill-ride from J. Robert Kennedy, “a master storyteller” (Betty Richard) and “one of the best writers today” (Johnny Olsen).

CHINA IS ABOUT TO ERUPT INTO CHAOS...

Archaeology Professor James Acton simply wants to get away from everything, and relax. A trip to China seems just the answer, and he and his fiancée, Professor Laura Palmer, are soon on a flight to Beijing.

But while boarding, they bump into an old friend, Delta Force Command Sergeant Major Burt Dawson, who surreptitiously delivers a message that they must meet the next day, for Dawson knows something they don't.

China is about to erupt into chaos.

Foreign tourists and diplomats are being targeted by unknown forces, and if they don't get out of China in time, they could be caught up in events no one had seen coming.

USA Today bestselling author J. Robert Kennedy once again takes history and turns it on its head, sending his reluctant heroes James Acton and Laura Palmer into harm's way, to not only save themselves, but to try and save a country from a century old conspiracy it knew nothing about.