The King of Russia 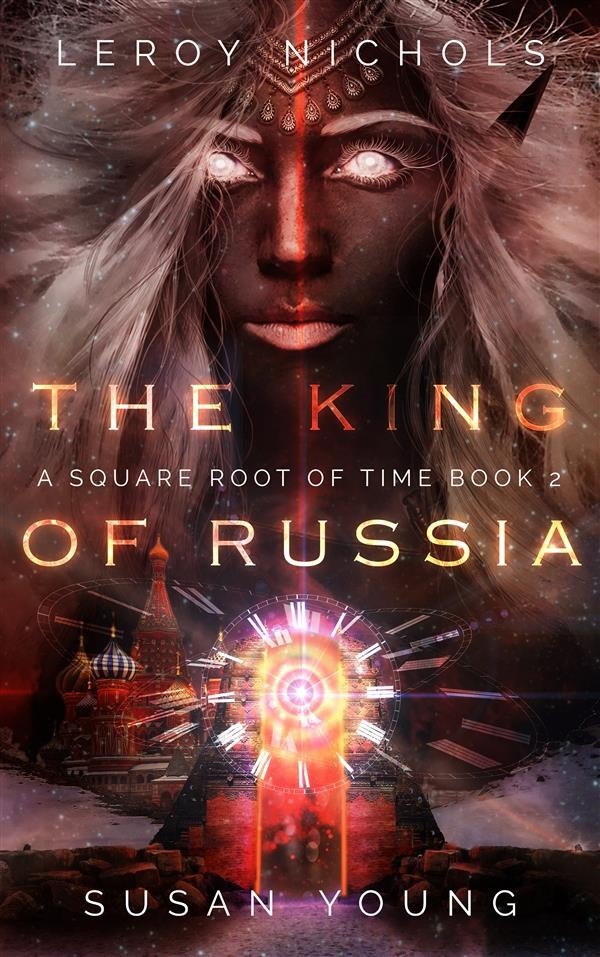 The King of Russia

Times aren’t what they used to be. Literally.

With the multiverse rent asunder by Alimnazer the Hearteater’s
interrupted ritual, all the possibilities—all the various
interpretations of time and space—have a chance at being represented
in the reformed universe. And somewhere or another, most are.

Josanin the Heartless, instrumental in leading the heroes to stop
Alimnazer from becoming the only god of all time, finds himself in a
strange land with his old enemies, Prince Wilelm and Princess Ambre.
Realizing that Alimnazer is probably still alive and striving to
complete his spell, the trio is faced with the fact that their feud
may cost them the future if it continues.

Meanwhile, Peter Alexeyevich Romanov, known to history as Czar Peter
the Great, awakens in a Kremlin he doesn’t recognize, surrounded by
enemies from a future he never imagined. Desperate to stop this new
enemy, Josef Stalin, from committing the atrocities attributed to him in the
future, the Czar allies himself with David Benjamin,
an Israeli Nazi-hunter, and Soundbyte, a masked vigilante who wields
futuristic technology that ignites Peter’s imagination.

In Philadelphia, George Washington and America's other founding fathers are astonished to find
themselves prodded into action by both the extra-terrestrial superhero
known as Alien, and the legendary wizard Merlin Ambrosius.

Elsewhere, others are more concerned with simply staying alive. But as
the heroes and ordinary folk of this new reality struggle to survive
in a world that teeters on the edge of chaos, paths will cross, fates
will be tied together, and common cause will be found.

Because Alimnazer is out there. Waiting.

And he has all the time in the world.