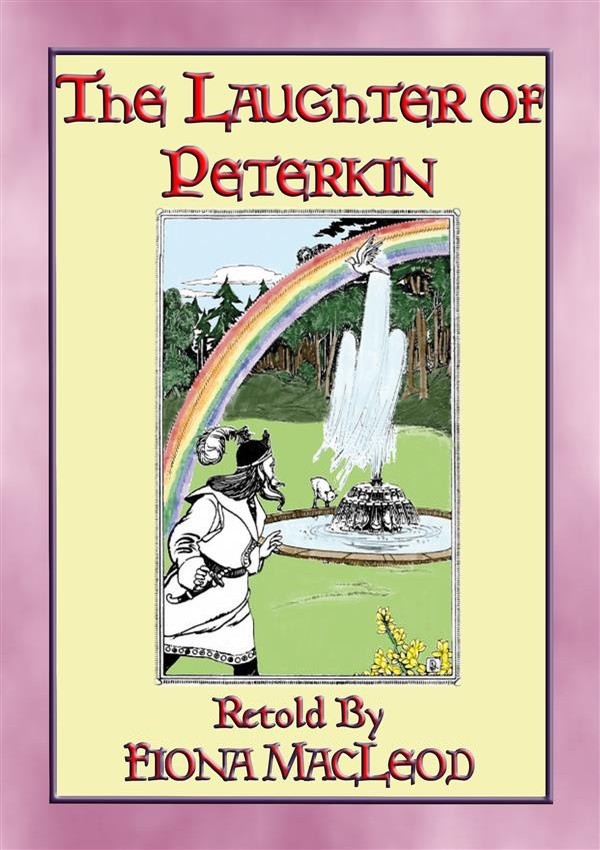 Herein are 4 illustrated tales retold by Fiona MacLeod and illustrated by Sunderland Rollinson. Three of them are a retelling of Old Tales of the Celtic Wonderworld  collectively known as "The Three Sorrows of Story-Telling " or Tri Thruaighe ma Scéalaigheachta. While this book may only contain four stories, they are told in their entirety and are in no way abbreviated, as so many now are, which has resulted in a not insubstantial 278 page volume.

The stories in this volume are:
The Laughter of Peterkin
The Four White Swans
The Fate of the Sons of Turenn
Darthool and the Sons of Usna

Much the most ancient of the "Three Sorrows" is the tale of the Sons of Turenn. The period of this tale belongs to mythological times. "The Children of Lir" may be taken as a connecting link between the mythological and prehistoric and Christian periods. The tale of "Deirdre," or "Darthool," is by far the best known in Gaelic Scotland, and is still one of the most favourite ancient tales throughout all Gaeldom.

In the story of "The Sons of Turenn" author’s license has been taken with the character of Lugh, or Lu-Lamfada---Lugh of the Long Hand. In this version he is represented uniformly as sternly cruel; but it must be borne in mind that his inveterate hostility to the Sons of Turenn was not due to insatiable revenge alone, but to his belief (as prophesied by his father) that any clemency in the fulfilment of the great eric demanded would result in terrible disaster to Erin itself. Throughout this ancient tale, indeed, Lu-Lamfada is an imitation of Destiny, or Nemesis. It may at the same time be added that in the story of "Darthool" Fergus is shown more obviously culpable than the old chronicles indicate, where he appears rather as a too innocent and trustful tool of King Concobar.