Sins of the Titanic 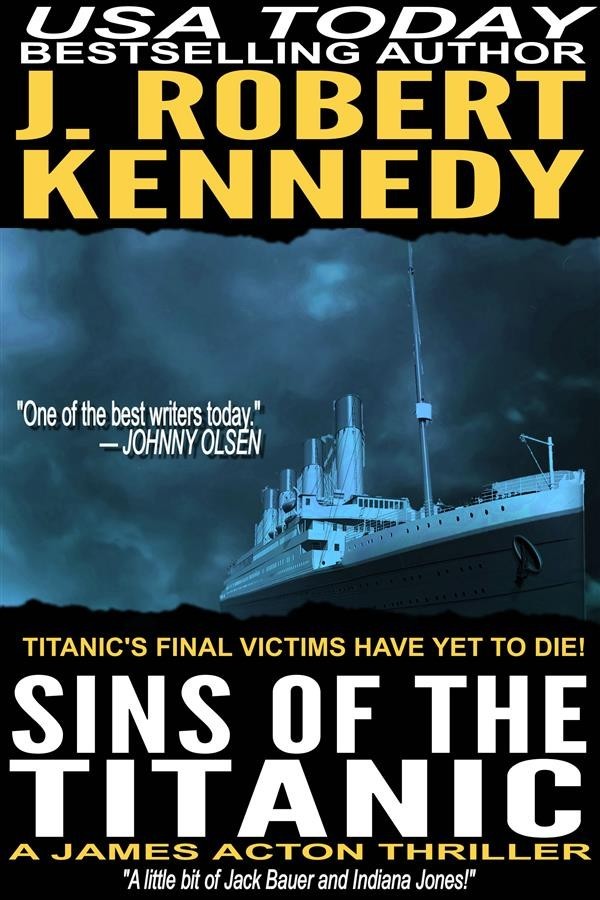 Sins of the Titanic

TITANIC'S FINAL VICTIMS HAVE YET TO DIE!

When Professor James Acton is contacted about a painting thought to have been lost with the sinking of the Titanic, he is inadvertently drawn into a century old conspiracy an ancient organization known as The Assembly will stop at nothing to keep secret.

It’s a race against time to discover what really happened the night the Titanic sank, and to stop a ruthless assassin determined to kill anyone exposed to the shocking truth.

A century old conspiracy, torn from survivors’ accounts, is laid bare in the most exciting James Acton thriller yet. From USA Today bestselling author J. Robert Kennedy comes the next installment of the internationally bestselling series, uniting all your favorite characters in an adventure filled with action, intrigue, romance and laughs.

Hearts will be broken, the innocent will die, but the truth will finally be revealed of what happened the night Titanic sank.