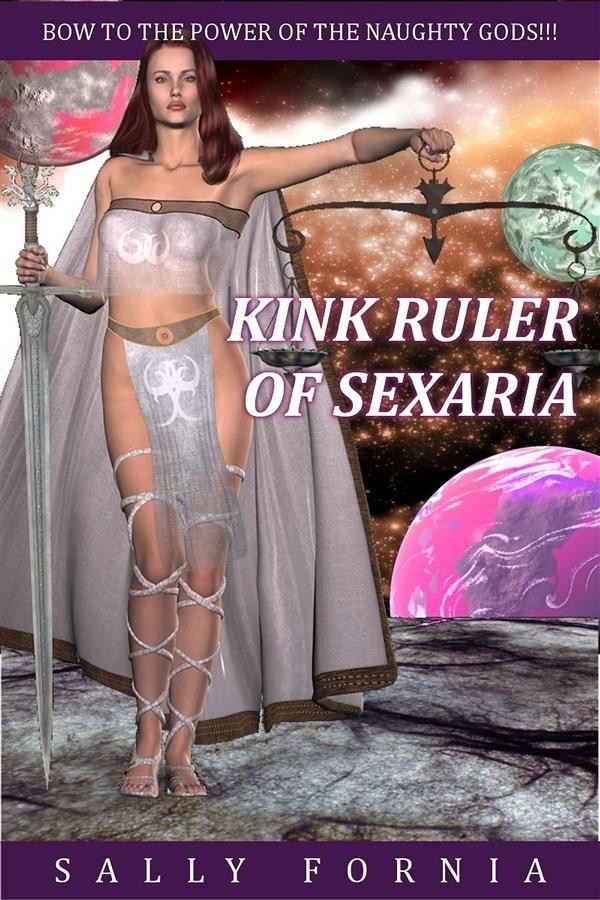 The ruling goddess of Sexaria, the one they call simply She or sometimes the Kinky One, is walking in the woods of her planet when she sees a naked man, who turns out to be another god. She knows she should kill him on the spot --she's already killed plenty of competing deities, that's how she earned this planet where she rules through the power of sexual pleasure!

But she can't kill him. She feels strangely attracted to him. And as soon as he touches her, she feels all her unsatisfied desires come to the surface again!

The problem: this god is an usurper, and her weakness means she will be exiled and he will rule in her place. She will need to fight back for the throne. How? Through sex, of course!