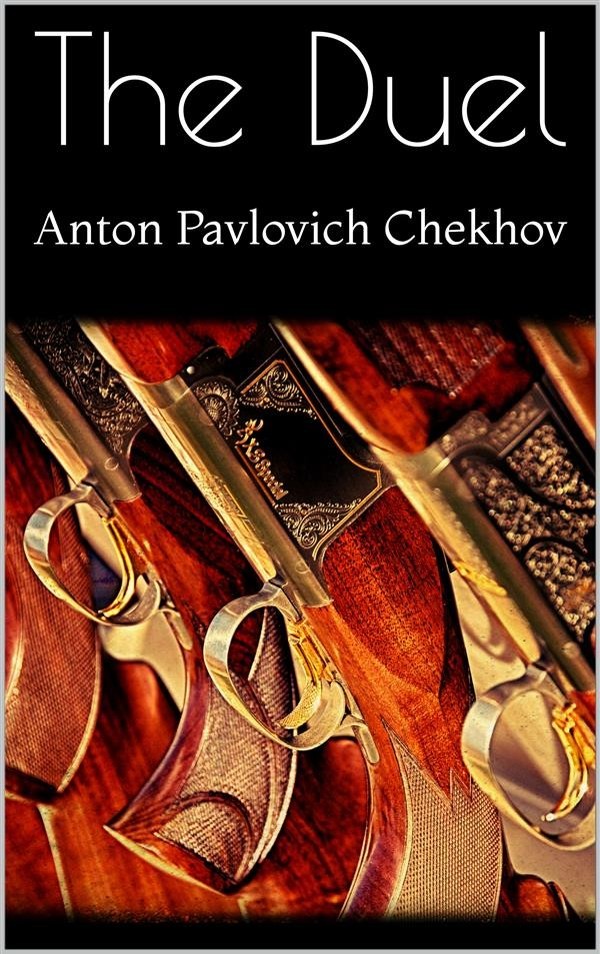 It was eight o'clock in the morning—the time when the officers, the local officials, and the visitors usually took their morning dip in the sea after the hot, stifling night, and then went into the pavilion to drink tea or coffee. Ivan Andreitch Laevsky, a thin, fair young man of twenty-eight, wearing the cap of a clerk in the Ministry of Finance and with slippers on his feet, coming down to bathe, found a number of acquaintances on the beach, and among them his friend Samoylenko, the army doctor. With his big cropped head, short neck, his red face, his big nose, his shaggy black eyebrows and grey whiskers, his stout puffy figure and his hoarse military bass, this Samoylenko made on every newcomer the unpleasant impression of a gruff bully; but two or three days after making his acquaintance, one began to think his face extraordinarily good-natured, kind, and even handsome. In spite of his clumsiness and rough manner, he was a peaceable man, of infinite kindliness and goodness of heart, always ready to be of use. He was on familiar terms with every one in the town, lent every one money, doctored every one, made matches, patched up quarrels, arranged picnics at which he cooked shashlik and an awfully good soup of grey mullets. He was always looking after other people's affairs and trying to interest some one on their behalf, and was always delighted about something. The general opinion about him was that he was without faults of character. He had only two weaknesses: he was ashamed of his own good nature, and tried to disguise it by a surly expression and an assumed gruffness; and he liked his assistants and his soldiers to call him "Your Excellency," although he was only a civil councillor.