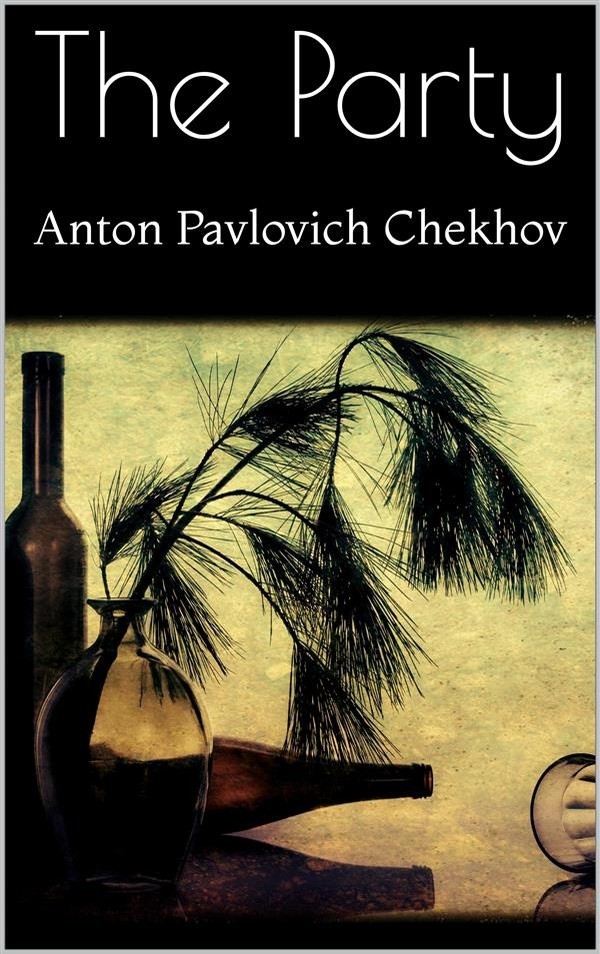 AFTER the festive dinner with its eight courses and its endless conversation, Olga Mihalovna, whose husband's name-day was being celebrated, went out into the garden. The duty of smiling and talking incessantly, the clatter of the crockery, the stupidity of the servants, the long intervals between the courses, and the stays she had put on to conceal her condition from the visitors, wearied her to exhaustion. She longed to get away from the house, to sit in the shade and rest her heart with thoughts of the baby which was to be born to her in another two months. She was used to these thoughts coming to her as she turned to the left out of the big avenue into the narrow path. Here in the thick shade of the plums and cherry-trees the dry branches used to scratch her neck and shoulders; a spider's web would settle on her face, and there would rise up in her mind the image of a little creature of undetermined sex and undefined features, and it began to seem as though it were not the spider's web that tickled her face and neck caressingly, but that little creature. When, at the end of the path, a thin wicker hurdle came into sight, and behind it podgy beehives with tiled roofs; when in the motionless, stagnant air there came a smell of hay and honey, and a soft buzzing of bees was audible, then the little creature would take complete possession of Olga Mihalovna. She used to sit down on a bench near the shanty woven of branches, and fall to thinking.