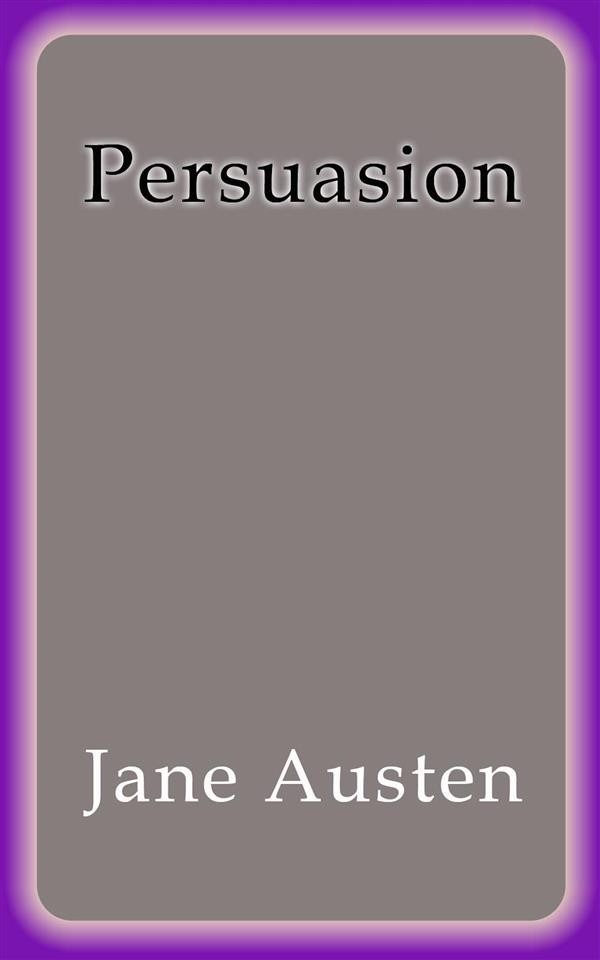 Persuasion is the last novel fully completed by Jane Austen. It was published at the end of 1817, six months after her death.

The story concerns Anne Elliot, a young Englishwoman of 27 years, whose family is moving to lower expenses and get out of debt, at the same time as the wars come to an end, putting sailors on shore. They rent their home to an Admiral and his wife. The wife’s brother, Navy Captain Frederick Wentworth, had been engaged to Anne in 1806, and now they meet again, both single and unattached, after no contact in more than seven years. This sets the scene for many humorous encounters as well as a second, well-considered chance at love and marriage for Anne Elliot in her second "bloom".