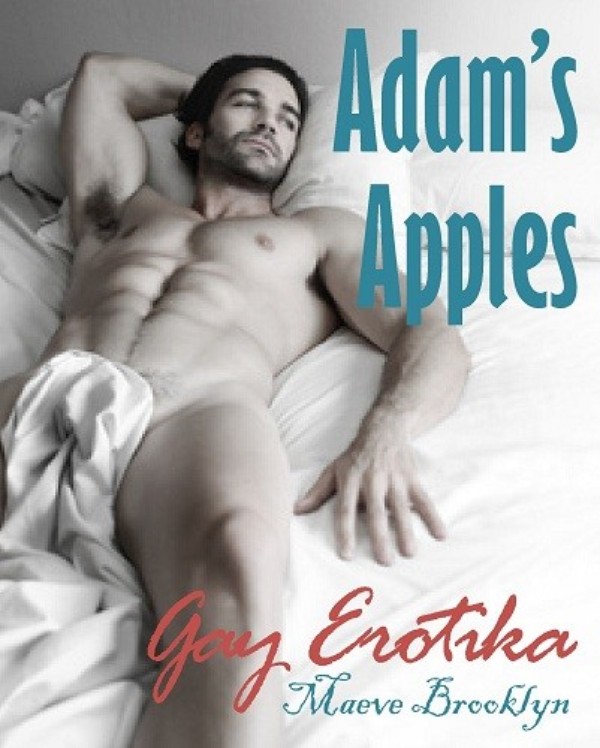 Gay Erotika: Adam's Apples Short Description: Enjoy the sexual memoirs of Adam: Adam's Sweet Apple Adam's Hot Rod Adam's Cock Craving Adam's Cockslut EXCERPT: Adam shivered. The shiver turned into a full body shudder when he felt Sir’s smooth fingers glide over his heated shoulders. He twisted automatically, trying to escape the touch that sizzled and soothed at the same time. Sir increased the pressure, holding him in place, bending over Adam’s back to reach for the rope attached to the bottom of the bench. With an easy flick of his long fingers, he had the rope knotted around Adam’s wrist. A few seconds later, both wrists were tightly bound and when Sir hit him again, Adam couldn’t jerk away. The cane landed rapidly after that, stinging him with unrelenting blows. Too many to count. Too fast to comprehend. Adam couldn’t move away from the crop, and worse, he couldn’t relieve the pressure growing between his legs as his blood rushed to his groin. He groaned and rocked against the smooth leather, trying desperately for friction, for something. His balls hung off the edge, and he understood that wasn’t an accident. But he didn’t pay any attention to that until the leather smacked against the bench, just beneath his sagging skin, and he didn’t hear it so much as feel the vibrations through his groin. Fresh pre-come flooded from his slit, strings dragging across the leather. Sir paused to run his finger over the tip of Adam’s cock, collecting all the fluid he found there. Adam couldn’t see him bring the glistening finger to his mouth, but he could imagine it, and the image alone made his flesh throb in new ways. But the actual sound of Sir smacking his lips, greedily licking the salty fluid away, elicited a soft groan. He wanted to look over his shoulder, but more than that, he wanted to feel Sir’s tongue as it collected the gathering drops and slick beads.