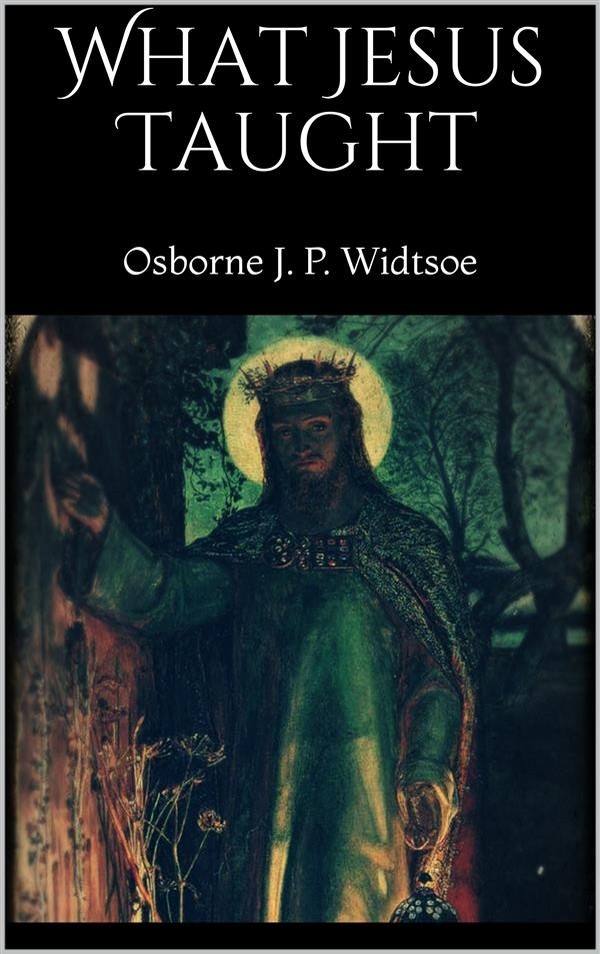 No other teacher in the history of the world has wielded so profound an influence upon humanity as has Jesus the Christ. Practically the whole world has been Christianized. His doctrines have entered not only into households but also into governments and nations. But the Christianity that prevails generally, is the doctrine of Jesus highly merged with the opinions of men. Indeed, the world's Christianity is often more largely man-made than Christ-made. A perfect knowledge of Jesus cannot be gained, however, until men learn more about what He Himself taught, and less about what scholars have said about His doctrine. This little book is an attempt modestly to present in popular form the teachings of Jesus. It is intended for boys and girls of high-school age. It is to be understood, then, that there is here no exhaustive treatise of the teachings of Jesus; nor is there conducted a study and investigation of profound scholarship. Such a work from the Mormon point of view must be deferred, if desirable at all. But it is hoped that what Jesus taught—in part at least—is here presented simply and plainly and truly, so that anyone who reads may understand. It is further hoped that the writing of these lessons has been "moved by the Holy Ghost," so that those who read them may learn to love the teachings of Jesus, and to know and to love God, and His Son, Jesus, whom He sent to redeem the world. "Worship God: for the testimony of Jesus is the spirit of prophecy."