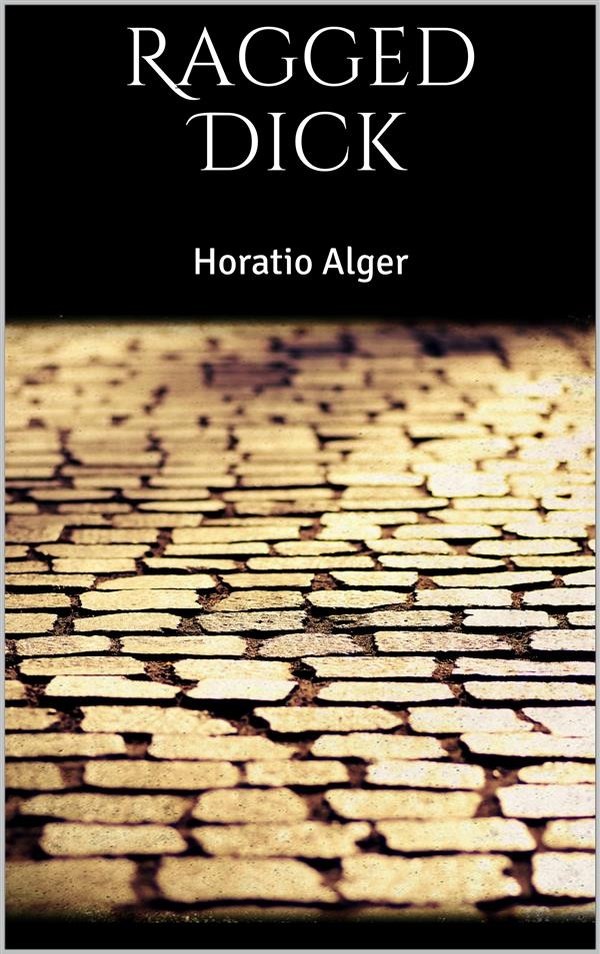 "Wake up there, youngster," said a rough voice.
Ragged Dick opened his eyes slowly, and stared stupidly in the face of the speaker, but did not offer to get up.
"Wake up, you young vagabond!" said the man a little impatiently;
"I suppose you'd lay there all day, if I hadn't called you."
"What time is it?" asked Dick.
"Seven o'clock."
"Seven o'clock! I oughter've been up an hour ago. I know what 'twas made me so precious sleepy. I went to the Old Bowery last night, and didn't turn in till past twelve."
"You went to the Old Bowery? Where'd you get your money?" asked the man, who was a porter in the employ of a firm doing business on Spruce Street. "Made it by shines, in course. My guardian don't allow me no money for theatres, so I have to earn it."
"Some boys get it easier than that," said the porter significantly.
"You don't catch me stealin', if that's what you mean," said Dick.
"Don't you ever steal, then?"
"No, and I wouldn't. Lots of boys does it, but I wouldn't."
"Well, I'm glad to hear you say that. I believe there's some good in you, Dick, after all."
"Oh, I'm a rough customer!" said Dick. "But I wouldn't steal. It's mean."