Sci-Fi and Fantasy Stories From 'The Sun' 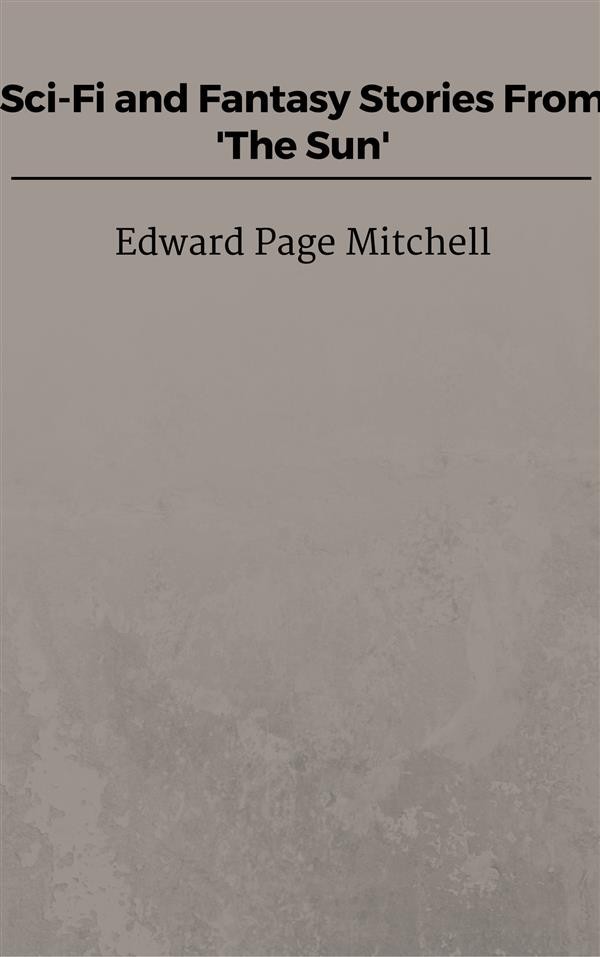 Sci-Fi and Fantasy Stories From 'The Sun'

Later described as "the lost giant of American science fiction," Edward Page Mitchell wrote many science fiction and fantasy short stories in the 1870's to 1890's, nearly all of which were published anonymously in the The Sun daily newspaper of New York. Mitchell was editor-in-chief of The Sun and was a member of the Pulitzer Prize Board for many years. Mitchell introduced many technological and social predictions which were daring for the time, prior to similar predictions by famous authors, such as travel by pneumatic tube, electrical heating, newspapers printed in the home by electrical transmission, food-pellet concentrates, international broadcasts, suspended animation of a living human being through freezing (cryogenics), a man rendered invisible by scientific means, a time-travel machine, faster-than-light travel, a thinking computer, a cyborg, matter transmission or teleportation, voting by American women, and interracial marriage. His fantasy stories dabble with the occult and bizarre, involving ghosts, the Devil, masochism, inanimate objects coming to life, and more. THE TACHYPOMP (April 1894), THE SOUL SPECTROSCOPE (19 December 1875), THE FACTS IN THE RATCLIFF CASE (07 March 1879), THE STORY OF THE DELUGE (29 April 1875), THE PROFESSOR'S EXPERIMENT (22 February 1880), THE INSIDE OF THE EARTH (27 February 1876), THE BALLOON TREE (25 February 1883), OLD SQUIDS AND LITTLE SPELLER (19 July 1885), THE MAN WITHOUT A BODY (25 March 1877), THE ABLEST MAN IN THE WORLD (04 May 1879), THE SENATOR'S DAUGHTER (27 July 1879), THE CRYSTAL MAN (30 January 1881), THE CLOCK THAT WENT BACKWARD (18 September 1881), and 17 more are contained in this anthology, 30 in all, with an introduction about The Sun by the contributor of this work to Feedbooks' public domain collection.