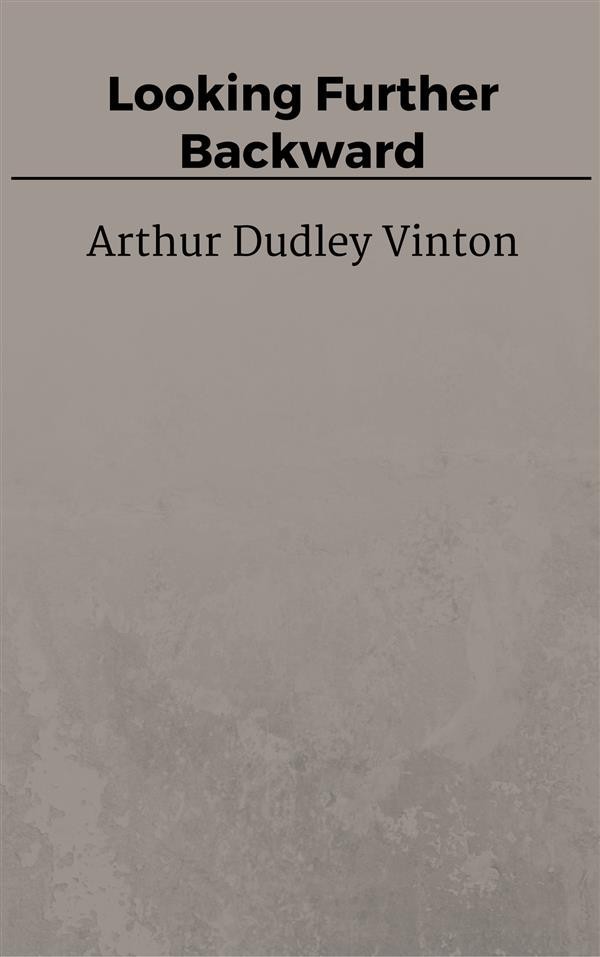 China invades the United States to restore US capitalism in the year 2020 in this dystopian 1890 sequel to Edward Bellamy's 1888 novel Looking Backward. Vinton's novel is written as a series of lectures delivered at Shawmut College (Boston, Mass., USA) in the year 2023 by a Chinese historian who took charge as chief of the history department after the occupation of the socialized United States by capitalist China. Bellamy's novel described a utopian re-organization of the United States where by the year 2000 every aspect of the economy was owned and controlled by the government, which was termed "Nationalism" to avoid the stigma of the term "socialism". Bellamy's best-selling novel spawned 160 Nationalist Clubs in the United States, and a Nationalist political movement in the late 19th century. It also inspired many novels critical of Bellamy's premises, such as this one. Here Vinton fabricates a history of the two decades after Bellamy's story ended in year 2000, during which the entire world, except China, abandoned its capitalist system and adopted Nationalism. Fearing civil unrest fomented by foreign Nationalists proselytizing within China, the Chinese government takes over France in 2012 and launches a military invasion of the United States in 2020 to preempt Nationalization of China and to restore capitalism in the US. Vinton shows the folly of the abolition of a peacetime standing military for defense, the replacement of currency by government-issued credit cards, dis-incentives for personal initiative and thrift, deletion of Presidential war powers, and more, all of which were consequences of the Nationalized system proposed by Bellamy. The story is told in quotations from a diary kept by Julian West, the historian protagonist of Bellamy's novel, which dramatize the events starting when China's warships are approaching various US ports with the intention of landing an invasion by Chinese soldiers. The Chinese professor who took over West's position at the college gives his explanations among the quotations as he lectures to the history students.