I Turned Myself Into a Dog To Fuck My Daughter 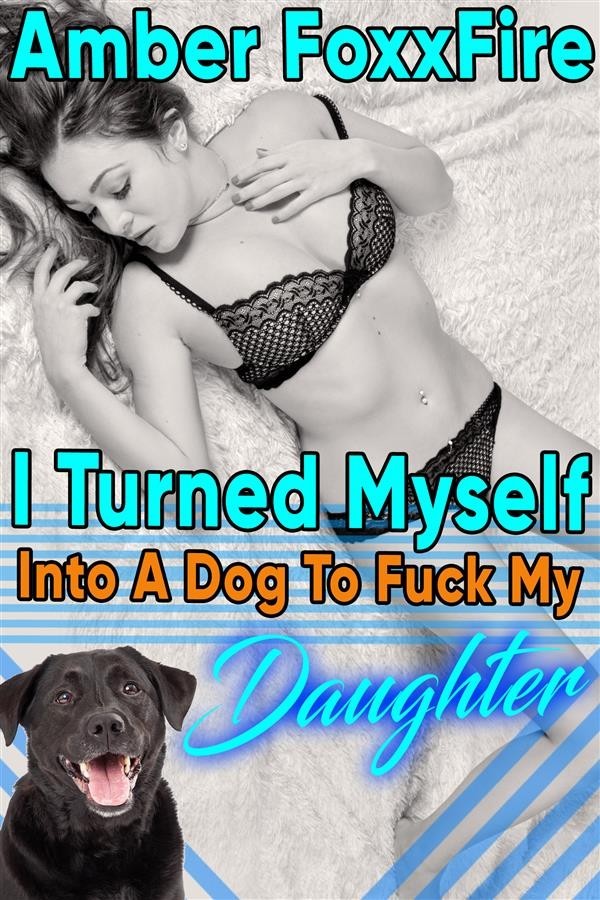 I Turned Myself Into a Dog To Fuck My Daughter

Joe wanted to fuck his daughter. But he didn’t want her to know. So he devised a plan. With a bit of help from an old herbalist friend, he was in business. And soon his business was deep inside his daughter, Veronica.

"French kissing is fun," he said wanting to bang her right then.

He fought for control, knowing that he'd get his chance. Besides, he wanted to savor this moment.

Her slender fingers, running all over his neck, chest and shoulders as she explored his body, sent sparks throughout his large frame.

"Would you like to see it?" he motioned to his cock that was straining to reach her pussy.

"You've got to be kidding! That thing is too big!" She gasped, looking him in the eyes and then back to his massive cock.

"Don't worry about that. Just touch him. I promise he won't hurt you." He gave an innocent doggy smile.

"It's so large but so rubbery, almost as if it were alive." She marveled at his massive tool like she was worshiping it.

Her hand worked it's magic on his eager, aching shaft so much he grunted. Oh the sensations she stirred up made him not be able to think straight.

"Am I doing this right?" She worried about making a mistake.

"You're fine. Your touch feels so good," he told her with a sigh of contentment.

"I just wish I was more experienced," she sighed wistfully.

"Don't worry. You have something all guys want: your virginity." He said as his lust grew, pushing him to the point of madness.

"What would happen if I kissed your...thing?" She pointed and giggled as if this was something so naughty she should be ashamed in doing it.