The Nightingale: A Novel by Kristin Hannah | Conversation Starters 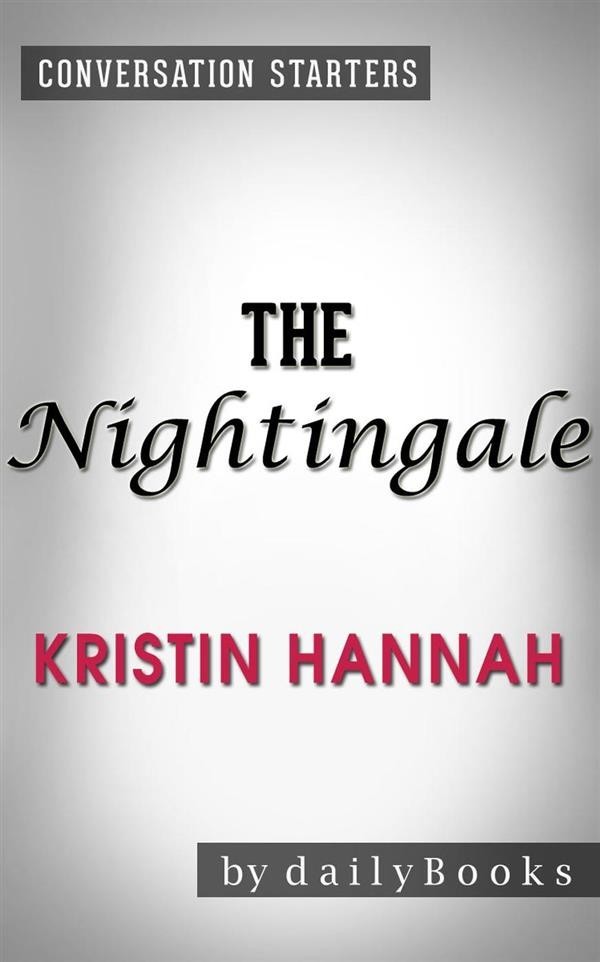 The Nightingale: A Novel by Kristin Hannah | Conversation Starters


The Nightingale is set in France during the World War II. It is about family relationships, loss, grief, friendship,
and life during the war.
Two sisters, Vianne and Isabelle, are as different from each other as possible. Vianne appears
passive and traditional
while Isabelle is impulsive and careless. As the story progresses, we see how circumstances changes the two sisters,
who both perform a large role
in saving several people during the war. Isabelle voluntarily joins the French Resistance, while bravery is thrust upon Vianne,
who saves Jewish children.

It’s a heartwarming story about the hardships women faced and women’s role during the war.


A Brief Look Inside:

These questions can be used to..


Create Hours of Conversation:
•Foster a deeper understanding of the book
•Promote an atmosphere of discussion for groups
•Assist in the study of the book, either individually or corporately
•Explore unseen realms of the book as never seen before