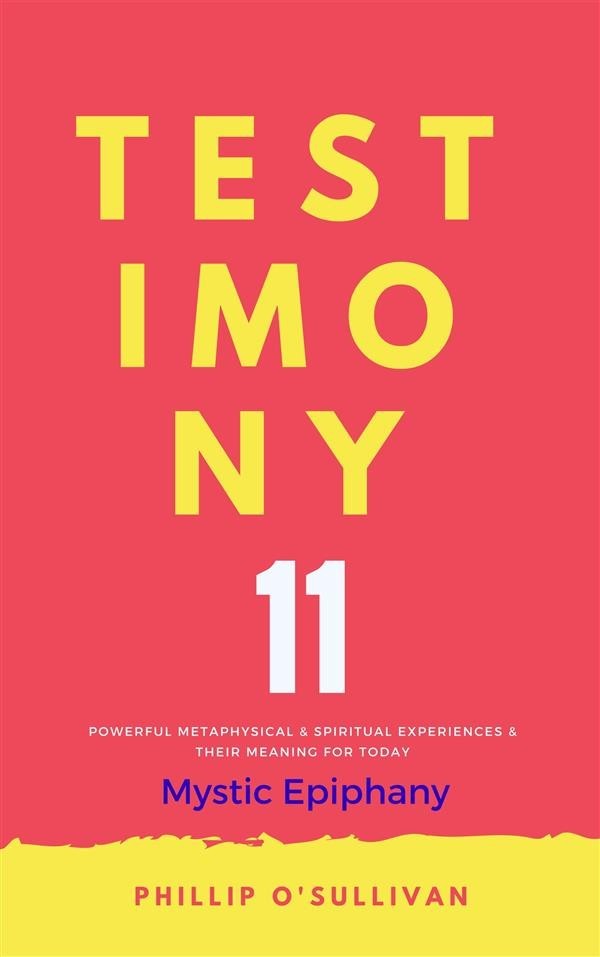 Since Thomas Merton & Simone Weil has there been a modern mystical tradition of note? Phillip O'Sullivan positions himself within this Western Mystical tradition. Is this claim valid? This book explores that possibility.
Osullivan begins with an instruction from someone else.
Steeped in keen readings of Rainer Marie Rilke, St John of the Cross, Huxley's 'The Perennial Philosophy', TaoTe Ching, Buckes 'Cosmic Consciousness', The Dhammapada, William Jame's 'Varieties of Religious Experiences' and Evelyn Underhill's book on 'Mysticism' the author set out determined to explore for himself. This slim volume is that record of his spiritual journey. From New Age to full-on discoveries within the Western Mystical tradition.
Soon it began to settle down to the age-old consideration of the self. The "I" problem. What was going on in the midst of oneself? What was I habitually thinking? Could I control wandering thoughts? What did they mean? And where could such thinking take me? Was this the spirit? Is this the way of entry into spiritual things? These and many other ideas were explored through sheer focus. Gradually a series of ideas formed in his mind a plan of action for the uses of meditation. To settle one's life in contemplation. To empty the mind of all the dross. To count the cost of attitude and habit. To give overall direction to one's life. To submit in trust to a greater power than oneself. Where had I come from? Where was I going? And what exactly is the human being?

This book takes the reader on a journey where one man explores the world of contemplation, meditation, prayer, mantra, affirmation and other such spiritual guidance. These are the things that form our highest life. The author sets forth for himself and for others a plan of progress. This is an exercise by example of how one can spiritually progress. He describes phenomena from beyond the physical realm. After all, he argues we believe that things like joy, love, and peace and hope, and faith in the future, are real things. They are real goals and targets to be aimed for. He says they are as real as tables and chairs though they are nonphysical. We can live without some of these things I can do without an extra table and an extra chair but we can always find a place for more love at the table of our lives.
The author especially explores the world of the Western mystical tradition. Though some notable Zen and Buddhist examples are also given. He believes he experienced the blissed state known as samadhi; yet went on further to explore even greater and mightier phenomena.
Phillip O'Sullivan in his book: TESTIMONY: 11, Mystical Epiphanies shows that a determined man with no particular claim to holiness, can ask for, and receive, all manner of daring things.
O'Sullivan writes of asking the Divine to show himself as did Moses ask.
Surprisingly, he can! And will do also for you. Just prepare to be determined Phillip asks.
O'Sullivan's clearly outlined book examines this possibility.