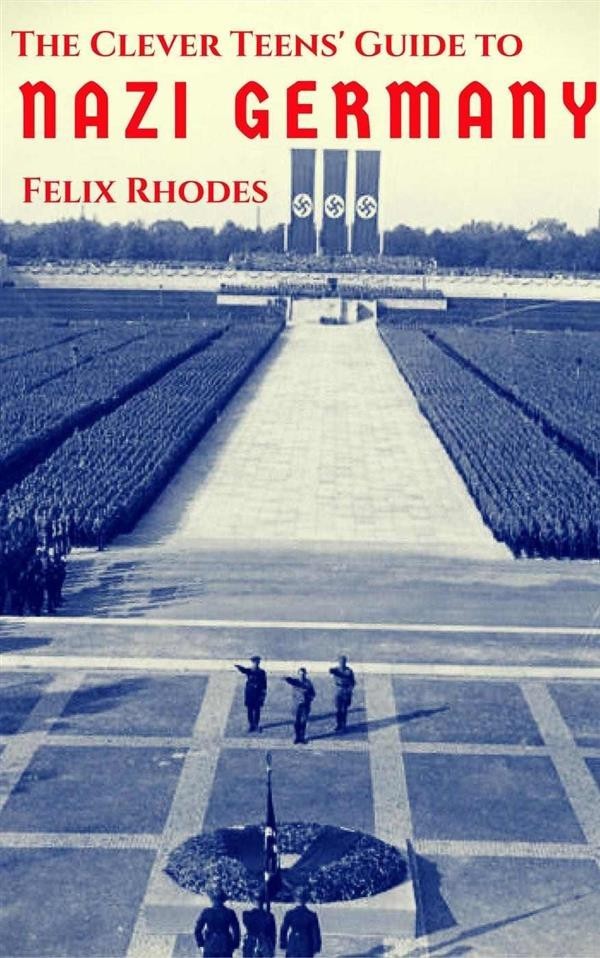 Following its defeat in World War One, Germany was a country in ruins. Inflation, poverty, exhaustion, humiliation and disillusionment wrecked the nation. Out of the ashes arose a man that promised to revitalise the country and give it back its dignity. He would deal, for once and for all, with the nation’s internal enemies – the communists and the Jews. That man, of course, was Adolf Hitler.

Read about how Hitler turned Germany into a one-party state, of his murderous reign and the descent into war and genocide.

The Clever Teens’ Guide to Nazi Germany covers all the major facts and events giving you a clear and straightforward overview: from the rise of Hitler and the Nazi Party, his domestic policies and foreign dealings, the racism and murder to World War Two and the Holocaust.

Ideal for your “clever teenager”.